Breast cancer is the most prevalent form of malignancy in women. That is a hard fact. But should women just hope they won’t add to those statistics? Or, are there ways to be proactive and increase the odds of steering clear of cancer altogether? Today, I want to highlight a strategy that may help put you in the “steer clear” camp.

Overweight, postmenopausal women are known to be at greater risk for breast cancer (BC). These same women often have higher levels of estrogen, and this is thought to increase the likelihood of an occurrence of BC. But it is also true that obese women generally have higher insulin levels. A new study in the Journal of the National Cancer Institute raises the question: Do higher insulin levels equal a great risk of cancer of the breast?

In order to investigate, researchers from the Albert Einstein College of Medicine studied two groups of women. One group had breast cancer. The other did not. The researchers measured a number of substances in their blood, including their insulin levels and a form of estrogen called estradiol.

Once all the measurements were collected and analyzed, an interesting picture began to take form. The women who had the highest insulin levels also had a significantly higher incidence of breast cancer (roughly 1.5 times the risk), as compared to the women with the lowest insulin.

Another interesting finding was that risk for BC in obese postmenopausal women lessened, if their insulin levels were on the lower side.

Please take note of this. Do all you can to properly manage your blood sugar levels and insulin output. Even if your weight isn’t perfect, you may still be able to counteract that risk factor by managing insulin in such a way as to promote a protective effect against breast cancer.

Generally speaking, eating whole, unprocessed foods that are rich in protein, fat and fiber tend to keep blood sugar and insulin in check. Certain nutrients can further enhance the effect of a healthy diet. Exercise can assist our bodies to manage insulin properly. Finally, practicing stress reduction is a vital piece to this puzzle, as stress hormones may counteract insulin and raise blood sugar levels.

Tip of the Day: Invest in a blood glucose meter. Don’t just guess that your blood sugar is in a healthy range. Getting your blood sugar and insulin tested once a year at your yearly physical may not be good enough. 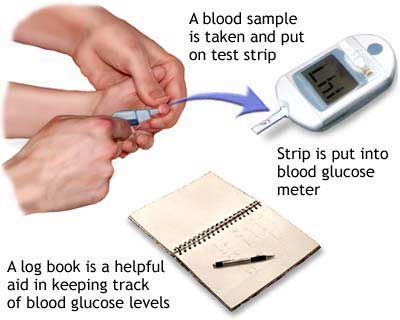