Home > Nutrition > Health News Not in the News

Health News Not in the News

It’s time to round up some nutritional odds and ends. I found three recent news items that didn’t seem to get much press coverage, but I thought you might still like to know about.

Have you ever heard of maslinic acid? Maslinic acid is a compound found in the skin of olives. So if you eat olives, you’ve been getting some of this stuff without even knowing it. And that may very well be a good thing. Here’s why:

New research out of the Universities of Barcelona and Granada show that this compound is capable of causing cell death in colon cancer cells. This is promising news because the skin of olives contains more than 70% of this naturally occurring cancer fighter. 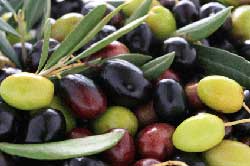 Based on these preliminary results, the authors of the research commented that, “Our results suggest that maslinic acid has the potential to provide significant natural defense against colon-cancer.”

And that’s not all. In the past few years, other researchers have begun investigating maslinic acid’s potential role in managing high blood pressure, elevated blood sugar and even combating the HIV virus.

Yesterday, I mentioned the use of magnesium to help adults with asthma. Today, I went to share a brand new study that offers hope for children who suffer from this condition.

In January of 2009, an Egyptian study was released that set out to examine the role that three nutrients may play in the symptoms of asthma in children. The three supplements used in this trial were: a) fish oil, b) vitamin C and c) zinc.

60 children with “moderately persistent asthma” participated in the study. Each child was administered several tests to determine the extent of their asthmatic symptoms, their overall lung function and the levels of inflammation (as inflammation of the airways is an important component of this condition).

The researchers wanted to specifically determine which of the nutrients, individually or in combination, would have a positive, negative or neutral effect. Here’s what they discovered:

B Happier and Healthier

If you’ve ever done any research about how to naturally improve mood, you’ve probably come across recommendations to supplement with b-vitamins. It’s probably one of the most common suggestions that I hear and read about, with regard to mood support. In the following segment of the blog, I’m going to share a recent study that may lend support to this advice, in a roundabout way.

A few days ago, I mentioned that some people are allergic to a protein in wheat called gluten. Celiac disease is the name given to this affliction. In addition to all the digestive symptoms associated with this condition, another concern is the very real possibility of nutritional deficiencies. Those with celiac disease suffer from damage to the lining of their small intestine and therefore can have an impaired ability to absorb nutrients.

The only true cure for celiac disease is to completely avoid any food that contains gluten. This isn’t an easy task because gluten is found in many of the most popular foods and the majority of processed foods. But even when someone with celiac disease manages to avoid gluten altogether, that doesn’t mean that the risk of nutritional deficiencies goes away. Therefore, researchers in Sweden decided to conduct a study on a group of celiac patients who were following a gluten-free diet, but who still reported not feeling well.

In the study, 65 middle-aged Celiac patients were either given a daily dose of b-vitamins or a placebo. The b-vitamins used were: folic acid (800 mcg), vitamin B6 (3 mg) and vitamin B12 (500 mcg). The study lasted a total of 6 months.

The researchers chose to use a few markers as indicators of change and/or success (or failure) in this trial. First, they wanted to see if there would be any change in the patients homocysteine levels. Homocysteine is a type of protein found in our blood that may be associated with higher risks of cardiovascular disease and depression. Secondly, the researchers were interested in whether there would be any changes in feelings of anxiety, depression or well-being in these patients.

The results of the study speak for itself:

Fortunately, most of us do not have celiac disease. But how many of us have elevated homocysteine levels? Do you know if you do? Have you been tested for it? Maybe it’s time that you were, especially if you’re suffering from any of the psychological characteristics that are mentioned above. B vitamins are relatively inexpensive and safe. And if you’re feeling down, they may just be a natural option worth considering.


Tags: B Vitamins
Posted in Nutrition


4 Comments & Updates to “Health News Not in the News”