I have a confession to make. Even after many years of using and working with natural medicine, I still have an underlying fear of chiropractors. Not the men and women who make up the profession. But the actual process of getting an adjustment. I’ve just never gotten used to the cracking and popping sounds brought about by manual adjustments. However my concerns are often at odds with some of the positive evidence that exists about this widely utilized holistic technique. The most recent figures published by the National Center for Complementary and Alternative Medicine estimate that upwards of $4 billion a year is spent on “chiropractic or osteopathic manipulation” in the US alone. It appears that many health conscious consumers do not share my reservations about visiting their friendly, neighborhood chiropractor. 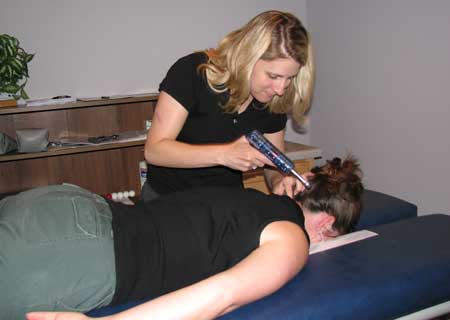 Two recent publications shine a positive light on the efficacy and safety of chiropractic care. The first of the two is presented in the March 2010 edition of the Journal of the Canadian Chiropractic Association. This was a systematic review of chiropractic care in patients with asthma. I chose to focus on this study because, for better or worse, spinal manipulation is primarily associated with providing relief in conditions that involve physical pain or reduced motility. A total of 8 studies were included in this particular evaluation, but none were randomized, double-blind placebo controlled studies – the preferred form of data for scientists. Most researchers believe this variety of test model yields the purest and most reliable evidence. But in this case the researchers from the Canadian Memorial Chiropractic College used the best, peer-reviewed papers they could find. Their conclusion was that chiropractic care typically leads to improvements in subjective measures of asthma severity, such as the number of asthma attacks and a reduced need for medication. Objective changes in asthma symptoms were less apparent but still present. In closing, the authors stated that “Despite a paucity of evidence supporting the successful management of patients with asthma under chiropractic care, and despite the fact that the evidence that does exist is heterogeneous with respect to its quality strength, there is nonetheless some indication that patients experience positive subjective and at times positive objective results while under chiropractic care”. (1,2)

A trial appearing in the February 2010 issue of the Spine Journal assessed the relative merits of spinal manipulation therapy (SMT) vs. light massage in patients with cervicogenic headache (CGH), a condition characterized by chronic pain on one side of the head that is referred from the neck region. 80 patients living with CGH enrolled in a 24 week evaluation. Researchers from Western States Chiropractic College in Portland, Oregon assessed pain scores via a Modified Von Korff Pain and Disability Scale and took note of the number of headaches experienced by the participants. The study volunteers were randomized into 4 treatment groups that received either 8 or 16 chiropractic adjustments or equal quantities of light massage therapy. The respective sessions were provided once or twice per week over an 8 week period. The participants receiving chiropractic care exhibited more significant reductions in pain intensity. Those in the “higher dose” group (16 treatments) found a greater advantage as compared to the lower dose (8 treatments) and massage interventions. On average, the incidence of CGH “was reduced by half” and/or yielded a “50% improvement in pain scale” in the spinal manipulation test subjects. (3) 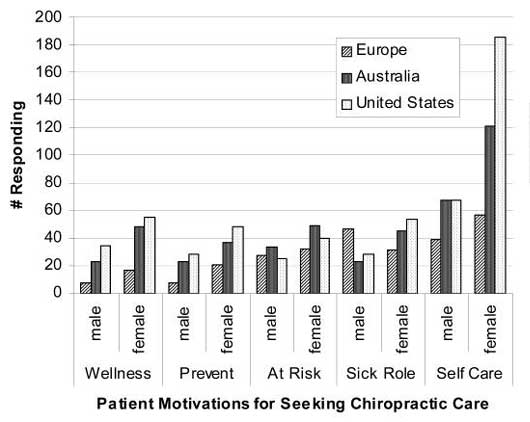 In a recent column, Dr. Andrew Weil addressed the issue of a “kinder, gentler” form of chiropractic care. He suggests seeking out chiropractors that utilize a “reliable and safe” modality known as an Activator (pictured above) instead of conventional “dynamic thrust” adjustments. Dr. Weil describes an Activator in the follower manner: “a low-force, handheld device incorporating a tension spring and plunger that produces a swift pulse of low force at high speed”. In short, there is no pain or twisting involved, and also no cracking and popping sounds. Recent studies have demonstrated positive results using Activators in conditions such as temporomandibular disorder (TMJ) and low back pain. The number of trials involving “mechanical-force, manually assisted chiropractic” devices is somewhat limited due to its relatively recent introduction into the medical care system. However, thus far the evidence that does exists tends to support its efficacy and safety. (4,5,6,7,8)

Many years ago I spent a number of months studying at a holistic clinic in Arizona. The majority of the health professionals on staff were chiropractors. At that time, I felt somewhat uncomfortable with the broad application of this therapeutic modality. It seemed like almost every conceivable condition from anxiety to heartburn to incontinence to vertigo was being addressed via spinal manipulation therapy. The fundamental idea behind this approach was that structural adjustments might not directly cure these conditions but could possibly assist with general healing. You see in chiropractic, misalignments or subluxations of the spine are believed to impair the proper functioning of the nervous system which is alternatively described as the “flow of energy needed to support health”. Reservations aside, I’m thankful that modern science is helping me to expand my own view of what chiropractic is actually capable of accomplishing. (9)

Update: December 2010 – If you ever meet a chiropractor that seems to believe that he or she can cure virtually every illness known to mankind, run fast and run far away. Past and present studies indicate that chiropractics can serve an important function in modern medical care when used judiciously. But it is not a panacea and isn’t appropriate in some instances. Three current publications in the medical literature affirm this point of view. The first offers a positive assessment of using a doctor of chiropractic (DC) vs. a medical doctor (MD) for lower back pain. An analysis by a health insurance provider determined that patients who initiated care with a DC tallied up health care costs about 20% less than MD initiated care. More positive findings were reported in the October 2010 issue of the Journal of Manipulative and Physiological Therapeutics. In that research, “Sixty percent of patients with sciatica who had failed other medical management benefited from spinal manipulation to the same degree as if they underwent surgical intervention”. Unfortunately the final study, presented in the September issue of the Archives of Physical Medicine and Rehabilitation, failed to find any benefit of chiropractic neck manipulation vs. mobilization therapy in men and women with nonspecific neck pain. The findings of the randomized, controlled trial states that “The use of neck manipulation therefore cannot be justified on the basis of superior effectiveness”. (10,11,12)