Eggs are loaded with cholesterol and saturated fat. Doctors, neighbors, pharmacists and even zoologists tell us that eggs are bad for our heart. But are they really as harmful as “they” say? And are all eggs created equal?

To find an answer to these questions, we’ll need to pay a visit to Uppsala University Hospital in Sweden. That’s where a study was recently conducted to determine whether omega-3 rich eggs would have a positive or negative effect on the heart. By the way, omega-3 fatty acids are the types of healthy fats that are found in fish and certain seeds, like flaxseeds. 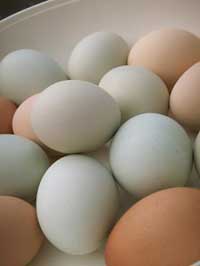 In this study, the researchers brought together a group of 19 healthy volunteers. Half of the group was given a regular egg to eat each day. The other half was asked to eat an omega-3 rich egg per day. After 30 days, the groups had their blood drawn and analyzed. At this point, they were asked to begin consuming the opposite kind of egg for an additional 30 days. Again, once the time was up, their blood was collected and scrutinized. This type of controlled test is called a “cross-over study”. It helps provide more reliable test results.

Here’s what the authors reported:

+ Eating one regular egg, per day, caused no negative effect on any of the markers relating to heart health.

+ Eating one omega-3 egg, per day, resulted in changes that were consistent with “a reduced risk for cardiovascular mortality and diabetes”. In other words, it lowered the risk of dying from heart disease or diabetic complications.

What’s the one thing we think we know about drinking alcohol? It’s hard on the liver. And over time, it’ll lead to ruin by way of the liver! Well, that is often the case with excessive drinking. No sensible person can argue against that. But, it turns out that a small amount of carefully selected alcohol may actually protect the liver.

The June 2008 issue of Hepatology (which is devoted entirely to the study of the liver) reported that people who drink one glass of wine a day are about half as likely to suffer from a condition called NAFLD. NAFLD stands for Non-Alcoholic Fatty Liver Disease and it’s frighteningly common. In the United States, it affects over 40 million adults, making it the most common liver disease. Those with NAFLD share many of the same health risks as those with heart conditions and diabetes.

Please keep in mind that only wine, consumed in small amounts, was found to have a protective effect. Beer and hard liquor did not protect drinkers.

This particular study didn’t differentiate between the use of red or white wine. I wish it had because I’d bet that the red wine would offer greater protection than the white variety. The reason I believe this is because the vast majority of positive research on wine consumption is due to antioxidant substances that are primarily found in red wine. 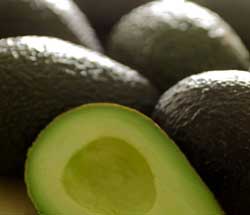 Avocados should only be eaten as an occasional indulgence. They’re too high in fat to eat regularly. Look at what the American Heart Association says about fat. You can’t follow the AHA guidelines if you eat avocados all the time!

It’s true that avocados don’t fit perfectly into the low-fat diet pyramid. But maybe they should. Here’s one reason why they make a regular appearance on my dinner plate.

A controlled experiment was recently conducted on two sets of rats. One set was fed a traditional chow diet. The other set had a diet that consisted of about 20% avocado. Both sets of rats were fed this diet for a period of 5 weeks.

At the end of the 5 weeks, the researchers found that the avocado-fed rats had lowered their triglycerides by 27% and raised their HDL cholesterol (the “good cholesterol”) by 17%. There was no benefit found in the control group eating the chow-diet.

It was also found that the avocado rats had a shift in the structure of their HDL cholesterol which made it even more protective against plaque build up in the arteries.

I didn’t write today’s blog to convince you to eat dozens of eggs a week or to start drinking wine. I also don’t work as an avocado farmer during the summer. I just wanted to point out that much of the current nutritional dogma isn’t always well founded or accurately reported.

Eggs can be healthy. Wine can be a good drink for some people. There’s no reason to fear fat or fatty foods like avocados. All of the foods I mentioned provide valuable nutrients and phytochemicals. But you won’t benefit from them if you’re too scared to eat or drink them.