Several weeks ago I was in the midst of one of the most stressful periods in my life. My wife and I were preparing for two moves (ours and my mother-in-law’s), while renovating an old townhouse that we all moved into together. Lots of changes, financial concerns and long days with a seemingly never-ending string of problems that needed solutions. In addition to the obvious stress of the circumstances, there were also many environmental insults (infuriated neighbors, earsplitting construction noise, endless dust, dirt, fumes, etc.). And, as a result, my diet wasn’t as “clean” as it normally is. A little more wine, some foods containing gluten and, generally speaking, a higher carbohydrate count were some of the highlights or lowlights of this recent period. Consequently, I began to notice an “angry” rash on my neck. It was inflamed, itchy, red and began to spread to my arms, chest and face. The severity of the rash worsened by the day. The next several weeks were downright miserable. 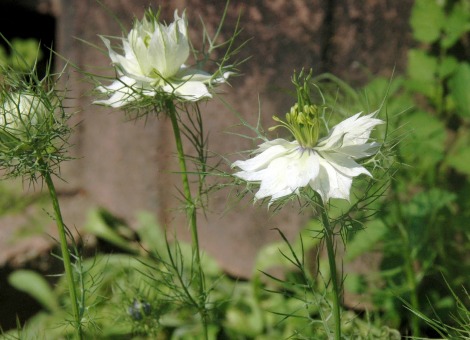 I knew from previous experience that most doctors, be they conventional or naturopathic, would likely be unable to diagnose and treat this condition successfully. So, my wife and I began to research the topic to try to come up with holistic solutions on our own. After sifting through countless papers and photographs, we determined that I likely had a skin infection known as seborrheic dermatitis – an inflammatory skin disorder which is related to eczema. As it turns out, lack of sleep, stress and the transition to winter weather frequently coincides with eczema incidence. In some cases, such as seborrheic dermatitis, other factors, including a fungal infection of the oil producing glands involving the yeast Malassezia, likewise play an important role.

Strongly suspecting seborrheic dermatitis as the cause of my skin dysfunction, I adopted several body-mind approaches to address it. In the course of my own treatment program, I discovered some recent developments in the field of integrative eczema management. The following briefly outlines my own path to healing and the latest scientific findings about natural alternatives for eczema in general.

I started with the basics. I re-adopted a diet that centered around nutrient-dense, whole foods which are very low in starches and sugar. I avoided most common allergens, including unfermented soy and all sources of gluten. From a supplemental perspective, I focused on those that antagonize fungi (organic, unrefined coconut oil and probiotics), modulate the immune system and limit excess inflammation (evening primrose oil, fish oil, mangosteen extract and Vitamin D). Also, I attribute my now 100% recovery in part to the use of organic tea tree oil. I began by using a gentle, all-natural baby shampoo with added aloe vera gel and tea tree oil to my daily shower. I applied it generously as a body wash and shampoo. After showering, I immediately moisturized with a natural hydrating cream which featured a high percentage of tea tree oil (5%), aloe vera and some additional Vitamin E. Rounding out my treatment protocol was an emphasis on adequate sleep and daily meditation to manage stress more effectively. Simply put, this approach worked wonders for me. But, it did require diligence, patience and time.

The latest news about natural remedies for eczema is quite promising, though you wouldn’t necessarily know this based on popular reviews by the conventional medical establishment. For instance, a 2013 summary by the prestigious Cochrane Database concluded that oral borage and evening primrose oils, sources of GLA – a rare and therapeutic fatty acid, are ineffective in improving eczema. However, this assertion is disputed by an 8 week trial from August 2013 which determined that 320 mg of GLA daily (evening primrose oil) markedly reduces eczema severity. Fish oil provides a different class of fatty acids, namely omega-3s, which modulate the immune system in those with eczema or other conditions that involve a selectively overactive immune response. Additional research supports a link between a lack of healthy bacteria in the gut and Vitamin D in those living with eczema. This explains why supplementation with probiotics and Vitamin D often yields favorable outcomes. Lastly, a recent review and study support the use of coal tar bath products, a traditional remedy, and ointments containing Nigella sativa or black cumin. The review documents the physiological mechanisms behind the historical skin benefits associated with coal tar products. And, a trial published at the end of 2013 found that a black cumin ointment was more effective than two conventional treatments: Betamethasone, an anti-inflammatory, immunosupressive glucosteroid, and Eucerin, a popular, soothing over-the-counter moisturizer.

I strongly believe that most skin problems are a reflection of a greater dysfunction in the body as a whole. So, while I encourage the use of creams, lotions and supplements to safely reduce or relieve symptoms, I also suggest taking a deeper look for other causative factors. Typically, lifestyle choices which support general well-being will also improve skin disorders. Make positive changes in your diet, focus on psychological health, look for natural alternatives such as chlorine filters for your shower, humidifiers during dry conditions, and skin care products that are free of unnecessary additives and chemicals. And, perhaps most importantly, try to find some sort of meaning while you work towards better skin health. Even at the lowest points of my current skin episode, I knew that something positive would come of this. I’m confident that someone reading this will find hope and/or part of their solution because of my challenging experience. 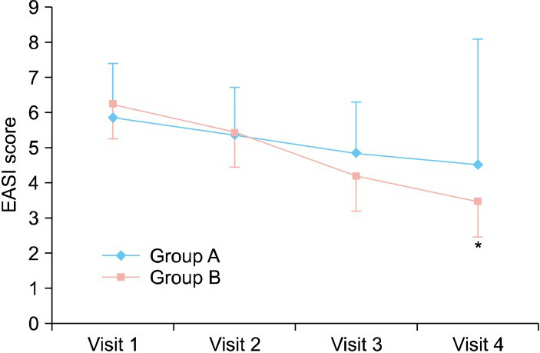