Science is always marching forward. In order to keep up with the most recent developments, it’s essential that I regularly update previously covered topics. Sometimes the information I find expands upon or supports prior findings. On other occasions new complications and contradictory evidence presents itself. These instances are at least as significant as the supportive data. My primary goal is to present accurate natural health information that is scientifically based and that will hopefully yield positive results in a real world setting. Part of this process will involve periodic changes of position as dictated by emerging research. 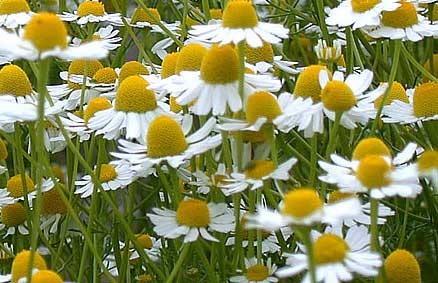 In January of this year, I wrote a column about chamomile’s potential ability to combat cancer, diabetes and inflammation. A new study published in the August issue of the Journal of Clinical Psychopharmacology adds some scientific support for a more traditional use of this ancient tea. 57 patients with mild to moderate anxiety (GAD – generalized anxiety disorder) were enrolled in the trial. 28 received a standardized chamomile extract and 29 were given a placebo over an 8 week period. Several psychological tests were administered before and after the treatment period. A significant improvement in overall anxiety, as measured by the Hamilton Anxiety Rating (HAM-A) score, were detected in those using the chamomile extract. There was no difference in the number or severity of side effects reported between the treatment and placebo groups. (1)

Dyslipidemia is a term frequently used to describe a certain set of risk factors relating to cardiovascular disease. Specifically, it alludes to elevated levels of LDL “bad” cholesterol, high triglycerides and low levels of HDL “good” cholesterol. The controversial medications known as “statins” are commonly prescribed to address these undesirable lipid levels. But new research from China offers a safer and seemingly effective alternative. A combination of “anthocyanins” from bilberries and black currants were recently shown to improve the lipid profiles of patients with dyslipidemia. The study followed 120 middle-aged participants over the course of 12 weeks. Half of the group was given a placebo and the remainder took 160 mg of the berry extracts twice daily. The berry group exhibited a nearly 14% elevation in HDL “good” cholesterol and an equivalent decline in LDL “bad” cholesterol by the end of the trial. (2)

In previous blogs I’ve discussed natural methods to support healthy digestion and elimination. A Japanese study from August 2009 offers yet another alternative. In this research, 8 healthy volunteers were asked to eat two different meals on separate occasions. One of the meals included rice with turmeric and the other meal provided rice with curry that was turmeric-free. Turmeric is an antioxidant-rich, golden powder that is often used in Indian and South Asian cuisine. The authors of this trial determined that the meals containing turmeric “shortened small-bowel transit time”. This may bump turmeric, and its primary active ingredient “curcumin”, to a spot of greater prominence in the management of constipation and digestive disorders. Part of the reason is that curcumin has also been shown to possess potent activity against colorectal cancer. (3,4,5)

In June I wrote about the promise of arthichoke leaf extract (ALE) in combating indigestion, high cholesterol and liver disturbances. Unfortunately, new research published in this month’s edition of Phytomedicine tempers some of that optimism. A study conducted at the Center for Complementary Medicine, in Freiburg, Germany, examined the effects of high dosage ALE in 17 volunteers with chronic hepatitis C. The authors of the study hoped to find a reduction in aminotransferase (ALT) and viral load when comparing the pre and post blood test results. No significant changes in ALT (a measure of liver health) or viral count was noted. At the 4 week point, some patients did however report feeling less fatigued and fewer joint problems. Based on these preliminary results, ALE cannot be recommended for the management of chronic hepatitis C. (6)

There are triumphs and disappointments in both alternative and conventional medicine. I believe that one of the keys to truly improving health care is to to effectively separate “the wheat from the chaff”. The more successful we are at doing that, the greater the likelihood that we can choose from real alternatives that offer real hope.