A client just asked me about a column she read in the New York Times. It dealt with the advisability of using coffee to manage asthma symptoms. Home remedies such as coffee and tea contain naturally occurring chemicals known as methylxanthines which act as bronchodilators. According to a recent summary article in the Cochrane Database of Systemic Reviews, caffeine can also reduce “respiratory muscle fatigue”. However, the noted benefits for asthmatics tend to be rather short lived with improvements of airway function lasting four hours at best. In my opinion, there are better ways of dealing with the chronic issues that affect patients with asthma. (1,2) 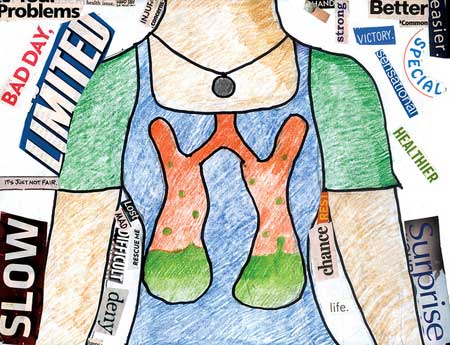 Using coffee as a momentary aid to alleviate shortness of breath or wheezing is one thing. What I’m more interested in is the potential for Coffea beans to diminish the incidence of asthma in the first place. The amount of scientific evidence in this realm is admittedly limited. However, two studies have examined the association between coffee consumption and asthma prevalence. The latest was undertaken by the US Environmental Protection Agency. Data culled from the Second National Health and Nutrition Examination Survey (NHANES II) revealed that “Subjects who drank coffee on a regular basis had a 29% reduction in the odds of having current asthma symptoms when compared to non-coffee drinkers”. The authors of the piece noted a dose dependent effect of coffee. Those who drank the most coffee were found in the lowest risk category. Similar results were discovered in an earlier evaluation conducted in Italy – the 1983 Italian National Health Survey. A total of 72,284 men and women took part in that study. Those who had three or more cups of coffee daily demonstrated a 28% reduced risk of asthma. The conclusion of the paper states that “long-term moderate coffee consumption may not only reduce (asthma) symptoms, but also prevent the clinical manifestation of bronchial asthma”. (3,4)

Acupuncture and fatty acid supplementation are two of the most promising natural therapies for asthmatic conditions. Acupuncture has a long history of use in improving the quality of life of patients with respiratory diseases. Acupoint treatment is particularly useful because it may provide a safe adjunct to conventional treatments. Recent evidence in both animal and human trials indicates that various forms of acupuncture work to decrease pulmonary inflammation. The same is true of select fatty acids including DHA, EPA and GLA – lipids found in the seeds of black currants, borage, evening primrose and in fish. Omega-3 to omega-6 fatty acid ratios are often “significantly lower in asthmatics than in healthy controls”. Correcting this imbalance via dietary modification and fatty acid supplementation has been shown to increase the number of asthma-free days in adults and children alike. Taming airway inflammation is a primary objective of many conventional asthma medications. This mechanism is shared by the previously mentioned natural approaches. However, these naturopathic options are generally considered safer than relying exclusively on the powerful medications often required to manage bronchial asthma. (5,6,7,8,9,10)


13 Comments & Updates to “Coffee for Asthma”