In the field of nutritional science, there is no hotter nutrient than Vitamin D. Scientists are steadfastly studying the effects of D on everything from arthritis to cardiovascular disease and even psychiatric conditions such as schizophrenia. One area of particular interest is that of Vitamin D deficiency and pulmonary health. There is a desperate need to identify preventive measures and safe treatments for lung conditions because of the shockingly large number of people who are affected by them. It is estimated that approximately 300 million people worldwide suffer from asthma alone, and that number is growing at a staggering pace. 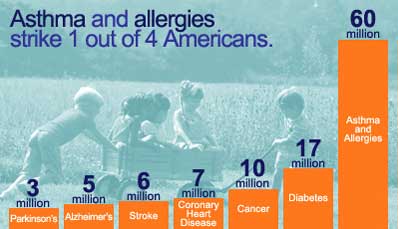 Research presented on Wednesday at the American Thoracic Society’s 105th International Conference revealed a novel mechanism by which Vitamin D may help to slow or even halt the progression of asthma and COPD (Chronic Obstructive Pulmonary Disease). Scientists from the University of Pennsylvania described the ability of calcitriol (a form of Vitamin D) to reduce the growth of “airway smooth muscle” that is a hallmark of the progressive decline found in those with COPD and asthma. This type of “airway remodeling” brings about decreased lung function over time. (1)

In the current laboratory experiment, calcitriol and a powerful corticosteroid were both tested on lung cells provided by 12 asthmatic and healthy volunteers. Both substances are known to possess anti-inflammatory properties.

The researchers were surprised to find that the corticosteroid, commonly used to treat asthma, didn’t have much of an impact on the undesirable proliferation of the lung cells. On the other hand, Vitamin D showed a “dose-dependent” effect on the expansion of “airway smooth muscle”. These findings were so impressive that a human study in patients with severe asthma is already underway. It is expected to be completed in about a year.

There is also hope that Vitamin D therapy may be useful in the management of COPD, based on its ability to reduce inflammatory substances (cytokines) that play a major role in the pathology of this disease.

In the past few years, several studies have taken a look at the patterns of asthma diagnoses in various populations. An April 2009 study noted that Vitamin D is vital to proper lung development and that children with adequate levels of sun exposure and Vitamin D are less likely to suffer from wheezing illness. A scientific paper from 2007 turned its attention to the prevalence of asthma in modern times. A drastic increase in the number of asthmatics has been reported beginning in the 1960’s. Scientists theorize that this is likely due to more time spent indoors, perhaps because of growing concern about the risk of skin cancer. Attention is also spent on the finding that poor Vitamin D status in pregnant mothers can result in a 40% increased likelihood of asthma in their children. (2,3)

In May 2009, a study of 616 children in Costa Rica found a significant connection between insufficient amounts of Vitamin D and asthma. Higher levels of D were associated with a lower rate of allergies, less frequent hospitalization and “increased airway responsiveness. (4) The presence of allergies and asthma, as found in the Costa Rican study, is quite common. In research conducted in rats, Vitamin D supplementation has proven helpful against allergic asthma. (5) But more importantly, this trial is interesting because it analyzed children who live in a part of the world where sun deprivation is not considered a problem. Therefore, appropriate (Vitamin D) testing may be warranted even if regular sun exposure is present. 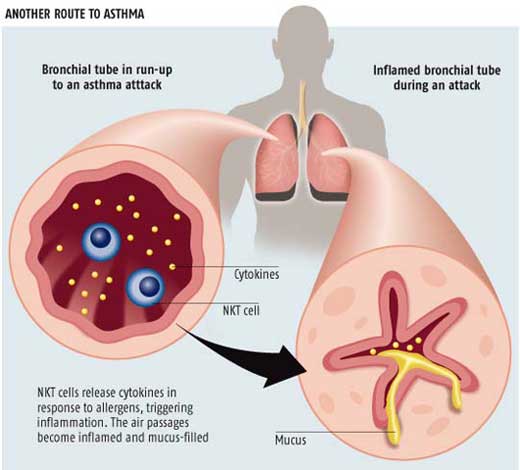 There are two other areas relating to pulmonary health that may be responsive to optimal levels of vitamin D. Here’s a brief review of both of them:

The sobering data on declining lung health should be enough to make us to take notice. In order to live an unrestricted and active life, we need a properly functioning pulmonary system. Every cell in the body absolutely requires the oxygen that our lungs provide. We may not be able to do a lot about the pollution in the air, but we can use the clues that science provides in order to protect every part of the body the best way we know how.