In the course of my consulting work, many questions and answers emerge that I think would be of interest to readers of this site. Recently, a client inquired about an herbal extract commonly known as chasteberry or Vitex. Historically, Vitex agnus castus has been used to address irregular periods and symptoms associated with premenstrual syndrome (PMS). In modern times, concentrated and purified extracts of chasteberry have been subjected to some degree of scientific scrutiny. For the most part, the results of these controlled trials have been positive. However, it’s important to note that not all Vitex supplements are created equal. In fact, only a few products have actually undergone clinical testing and proven effective. 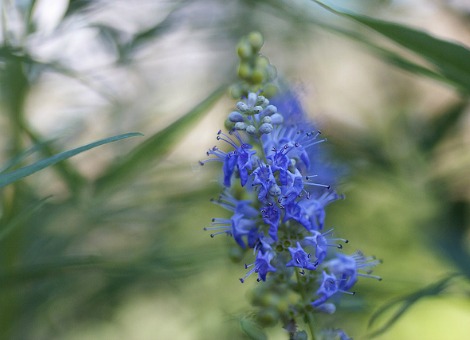 A little known fact about herbal supplements is that they’re usually far more complex than conventional medications. Most synthetic drugs consist of an isolated chemical or two. On the other hand, herbal extracts frequently possess hundreds or more naturally occurring components. Contained in fruits, leaves and roots are various substances ranging from nutrients and phytochemicals to prebiotic fibers. This inescapable fact not only differentiates herbal supplements from conventional medications, but also requires that we consider each supplement based on its own merits.

The names Ze 440 and BNO 1095 may sound like gibberish. But, in the world of Vitex research, these two extracts are widely known as the best studied chasteberry products currently available. Recent studies have determined that products containing BNO 1095 and Ze 440 are capable of reducing PMS symptoms including bloating, cramping, headache and irritability. In fact, dosages as low as 20 mg/day have been shown to safely manage PMS. Unfortunately, products containing both of these unique extracts are not easily accessible in many parts of the world. BNO 1095 is sold under several names in Asian and European countries: Agnucaston, Cyclodynon and Cyclopret. Ze 440 is primarily offered as Premular in Australia and South Africa. And, while one may be able to order these specific chasteberry remedies online or through holistic practitioners, you’re unlikely to find them on the shelves of local health food stores. The question of whether or not other Vitex products will produce similar results is largely a matter of anecdotal accounts and speculation.

Finally, even though chasteberry/Vitex has a good track record in terms of efficacy and safety, it should still be viewed as a natural “medicine”. Whenever possible, PMS, like many other health conditions, should preferentially be addressed through health promoting lifestyle changes. For instance, eating a whole food diet rich in B-vitamins and magnesium may dramatically lower the risk and severity of PMS. Dietary sources of Vitamins B1 (thiamine) and B2 (riboflavin) such as almonds, flax seeds, spinach, tuna and venison, may be especially protective for younger women at risk for menstrual discomfort. In addition, select alternative and complementary therapies, including acupuncture, may decrease and, occasionally, eliminate symptoms and some of the underlying causes of painful monthly cycles.

Study 2 – Treatment for the Premenstrual Syndrome with Agnus Castus … (link)