In modern times, culinary herbs and spices have primarily been relegated to the role of flavor enhancers. Want to liven up chicken or pork? Add some fresh garlic and rosemary sprigs. Tired of the same old oatmeal in the morning? Try a pinch of freshly ground cinnamon and nutmeg to the mix. And, the skillful use of dill, sage or thyme can make all the difference when preparing seafood or vegetable dishes. But, what’s often missed is that common herbs and spices can be as healthy as they are tasty. 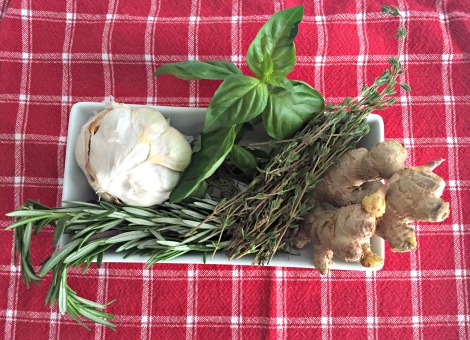 The July 2016 issue of the journal, Planta Medica features a stellar review by Professor Jurg Gertsch on the (largely ignored) health benefits of phytochemical-rich herbs and spices. In it, he describes the “Metabolic Plant Feedback Hypothesis”. The theory postulates that even small amounts of culinary herbs and spices can reduce cardiometabolic and inflammatory processes which are known to contribute to various contemporary ills, including cancer, diabetes, heart disease and obesity. According to Gertsch, the phytochemicals found in these traditional “supplements” assist the body in dealing with relatively recent dietary staples such as starchy foods. Other research supports this outlook and takes it even further by suggesting that herbs and spices may be responsible for some of the health benefits associated with traditional diets such the Mediterranean and Okinawan diets.

What’s really exciting is the wide ranging potential of cooking with more spice. Recent publications in the medical literature reveal that phytochemicals contained in culinary seasonings may: a) support brain health by reducing neuro-inflammation; b) promote cardiovascular health by aiding circulatory function after meals; c) improve working memory in those with slightly elevated blood sugar aka pre-diabetes; d) “enhance bone formation and inhibit bone resorption through their antioxidant capacity, including anti-inflammatory actions”. As if that wasn’t enough, a study appearing in the August 2015 edition of the British Medical Journal revealed a 14% lower all-cause mortality risk in adults who consumed spicy food 6-7 times a week in comparison to less than once weekly.

In closing I want to highlight three important points. Numerous studies have found that adding more herbs and spices to the average diet tends to encourage other dietary improvements, such as eating more vegetables, while reducing the amount of excess salt and unhealthy fats. This appears to be a sensory exchange: more flavor = less need to fat-load or over-salt food. Additionally, cooking with spices can actually make foods better for you by decreasing the amounts of unhealthy cooking byproducts such as lipid peroxides. Having said all this, there is one cautionary note to bear in mind. Herbs and spices need to be selected carefully. I suggest investing in organic varieties that are sold by conscientious farmers and reputable brands. There are countless reports of common herbs and spices that contain potentially harmful fungal toxins, heavy metals and pesticides. Responsible manufacturers test their products to ensure that the levels of each of these are non-existent or below the level of concern.

Study 3 – Spices for Prevention and Treatment of Cancer … (link)

Study 6 – Healthy Aging Diets Other Than the Mediterranean: A Focus on the … (link)

Study 16 – Addition of a Plain or Herb-Flavored Reduced-Fat Dip is Associated ... (link)

Study 18 – Effects of a Behavioral Intervention That Emphasizes Spices and Herbs ... (link)

Study 19 – The Influence of Herbs, Spices, and Regular Sausage and Chicken … (link)

Study 25 – Determination of Aflatoxin B1 Levels in Organic Spices and Herbs ... (link)

Phytochemicals in Spices May Protect Against Dietary Carbohydrates 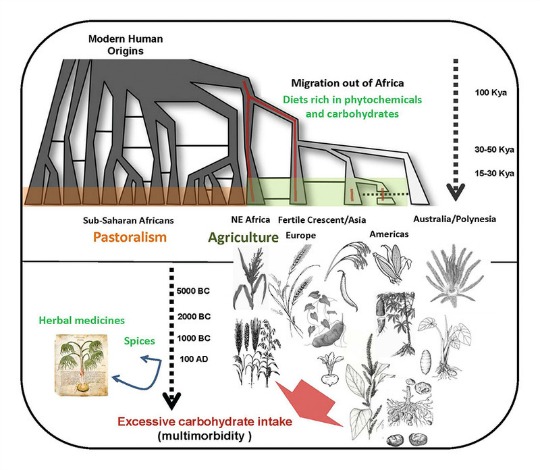