No matter what area of medicine you study, you’re bound to find some degree of controversy or debate. Do you think exercise is good for cardiovascular health or improving mood? Much of the evidence supports that position, but some studies dispute that as well. How about eating fresh fruits and vegetables? That’s got to be healthy, right? A preponderance of the evidence points to that conclusion but, again, there are always findings to the contrary in scientific literature. It’s important to know that there are always opposing points of view. So a study with negative findings should not cause one to lose faith in a perfectly viable remedy. 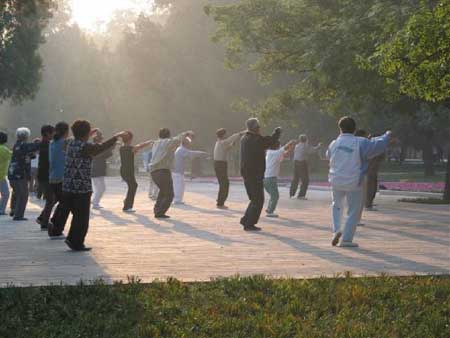 T’ai Chi is an example of a promising therapy that has a somewhat checkered modern history. As you’ll read below, several studies published in the past few years indicate that this mind-body technique may be a beneficial adjunct for managing diabetes. But in the interest of fairness and full disclosure, I’ll also present some evidence that T’ai Chi may not always be effective. After reviewing the positive and negative studies, I’ll share my own view about the relevance of the following data.

Based on the evidence, if I had diabetes, I would still consider T’ai Chi as a complementary therapy, but would keep a few things in mind: 1) It’s important to be consistent with the practice; 2) I wouldn’t put all my eggs in one basket. This would only be one part of a much broader approach to managing blood sugar and my overall health. 3) I would engage in T’ai Chi believing that it would make me healthier in both body and mind. This last recommendation is tremendously important. I think that the benefits of T’ai Chi are likely based on the very real mental and physiological changes that it provokes. But I also know that the placebo effect is a very powerful tool, which can help improve the outcome of any treatment. (9) It’s a waste not to utilize it more frequently.