I think almost anyone who uses the Internet can relate to this scenario: You receive an e-mail from a family member or friend alerting you to a health threat that isn’t very well known, but potentially deadly. In recent years, one of the most frequently circulated e-mails of this type has focused on the supposed connection between eating grapefruits and breast cancer risk. As with many of these chain e-mails, there is some basis for the concern. But the question is: How alarmed should we be? 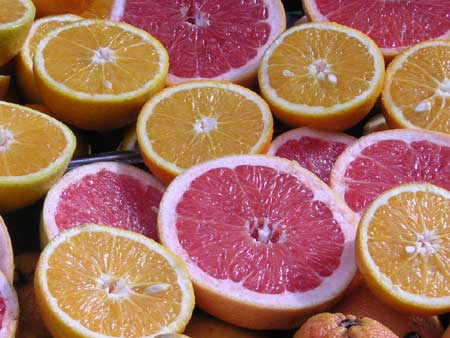 The germ of this story can be traced to a study published online in July 2007. It was presented in a prestigious medical publication (The British Journal of Cancer) and it laid out a reasonable explanation for how grapefruit consumption could put women at an increased risk for developing breast cancer. Naturally, this was great cause for concern due to the prevalence of grapefruit in the average diet and breast cancer in the female population at large. (1)

Grapefruits are rich in a type of phytochemical called furanocoumarins (FCs). These naturally occurring substances can affect the metabolism of various medications (by inhibiting an enzyme known as CYP3A4). This is such a significant problem that scientists are currently trying to find ways to reduce the activity and quantity of FCs in grapefruit products. One method is to add particular mushroom extracts to grapefruit concentrate and juice. This may nullify much of the unwanted biochemical activity. (2)

Some scientists are concerned that grapefruit’s effect on CYP3A4 may also impact the metabolism of estrogen in the body, whether produced by the internally (endogenously) or provided in hormone replacement therapy (HRT). Several studies published in the medical literature attest to the fact that grapefruit may influence the processing of prescribed HRT in women. (3,4,5)

The 2007 study, conducted by researchers at UCLA and the University of Hawaii, appeared to find a connection between grapefruit consumption and breast cancer in a study of over 50,000 postmenopausal women. The main conclusions of the research indicated the following:

The authors of that study concluded that, “Grapefruit intake may increase the risk of breast cancer among postmenopausal women”.

One of the hallmarks of scientific research is to verify previous findings. If study results cannot be consistently replicated, they’re typically considered unreliable or a fluke. Perhaps that’s why a follow-up paper was presented in the same medical journal just several months after this initial bombshell.

A “prospective study” conducted by researchers at Harvard University used pre-existing data from the Nurses’ Health Study from 1976. That experiment followed a large group of nurses for a 20 year period. Food frequency questionnaires were collected periodically during that time frame. (6)

The findings of this group of scientists was dramatically different than that of the first study. Here were their key observations:

Therefore, the scientists remarked that, “Our findings do not support an adverse effect of consumption of grapefruit or grapefruit juice on risk of breast cancer or on endogenous hormone levels”. 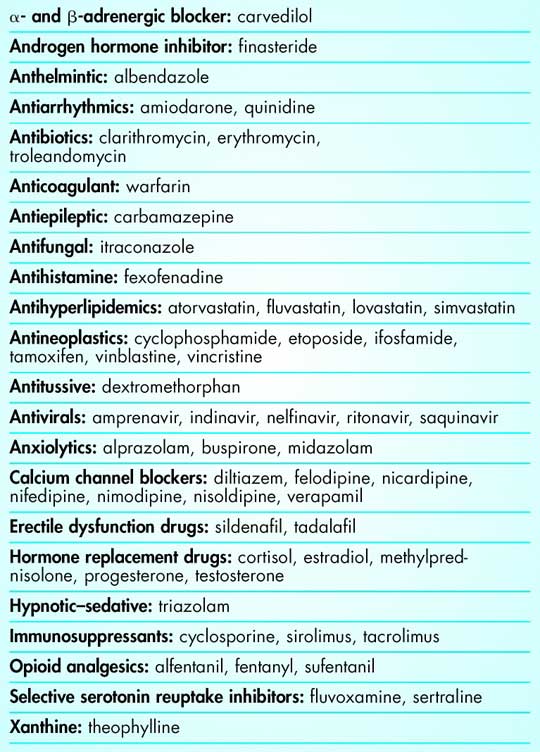 So now we have one study that says that there is increased risk and one that claims that there is no cause for concern. In August of 2009, a third study acted as a tie-breaker.

This third scientific inquiry is known as the “European Prospective Investigation into Cancer and Nutrition”. This was not only the largest of the three studies (involving 114,504 women), but it’s also significant because it looked at a different population – Europeans. On average, the participants were followed for almost 9.5 years. 59% of the women ate some grapefruit on a daily basis. The researchers found no connection between any level of grapefruit consumption and breast cancer risk or elevated hormones. (7)

Two years ago there was a preliminary, but reasonable, concern about drinking and eating grapefruit and it’s impact on breast cancer prevalence. Today, that same fear appears to be unfounded. Thankfully scientists have taken the necessary steps to scrutinize the initial information adequately. Grapefruits can be health promoting foods. There is evidence that they may support healthy blood sugar management, lipids (cholesterol and triglycerides) and weight. But I would still urge caution before regularly eating grapefruit while on medication. Please discuss any potential interactions with your pharmacist and physician before mixing the two. This will allow you to avoid unnecessary side effects and offer you peace of mind. (8,9,10)