The world as viewed by each individual is comprised of partial information. We only know what we feel, hear, see, smell and touch. Our observations and senses provide critical information that informs our every decision and move. Now imagine what your reality would be like if you almost always felt distant and emotionally isolated. What if that feeling was so powerful that you couldn’t even make eye contact with others. Beyond that, how would your daily experience be different if your capacity to learn and communicate was severely compromised? These challenges and many others are dealt with on a daily basis by a growing population of children with autism. 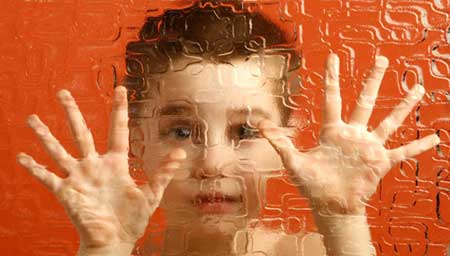 A new report presented by the University of Alabama at Birmingham School of Public Health and the Centers for Disease Control and Prevention highlights a 57% rise in the number of cases of autistic spectrum disorder (ASD) in 8 year old children. The noted increase is based on a comparison of figures from just 4 years prior. ASD is defined as a developmental disability that features “atypical development in socialization, communication, and behavior”. (1)

At present, there is no cure for ASD. However, a few recent studies and several older trials indicate that massage therapy may be a safe and useful therapy for reducing ASD symptoms and improving the connection between those with autism, their families and health care providers.

A trial just published in The Journal of Alternative and Complementary Medicine examined the effects of a traditional Thai massage in a group of 60 autistic children. The study lasted for 8 weeks and involved young participants with ages ranging from 3 to 10. Half of the children were treated with a therapeutic modality known as “standard sensory integration therapy” (SI) and the remainder were administered traditional Thai massage (TTM). Both parents and teachers rated the response to the respective therapies by completing two standardized questionnaires: The Conners’ Rating Scales and a Sleep Diary. An inventory of symptoms was taken at the beginning and end of the trial period.

Another form of massage therapy that has exhibited clinical success in ASD is Qigong massage. This variety of physical therapy involves the stimulation of pressure points, rolling techniques and tapping to supposedly support the flow of a subtle energy known as “Qi”. According to Qigong practitioners, the massage therapist should also focus on a healing intention in order to facilitate a more pronounced response. In other words, the actual touch is but one aspect of this therapeutic approach.

A study from August 2009 conducted at Western Oregon University found that 5 month’s worth of Qigong massage produced “significant classroom improvement of social and language skills and reductions in autistic behavior” in a group of 46 children with ASD. A separate study involving 13 young participants demonstrated improvements in “sensory impairment” and increased “basic living skills” and “social skills”. Other promising findings included positive changes in bowel and sleep abnormalities. A study dating back to 2005 further supports the benefits of professionally administered “medical Qigong” in addition to parent applied massage therapy in autistic children under the age of six. (3,4,5)

A fascinating English study from 2005 builds upon the connection between parent-provided massage and ASD symptoms. 14 parents took part in an at home massage intervention. At the start of the experiment, “parents felt distressed” and reported that they were “unable to get ‘close’ to their children”. By the end of the 16 week trial, the fathers and mothers reported a greater sense of “feeling physically and emotionally closer to their children”. In a similar experiment parents also noted that massage therapy appeared to improve sleep, promote daytime relaxation and otherwise helped their autistic children to be “more amenable to touch”. In addition, a specific finding of the study was that both children and parents enjoyed “giving and receiving touch therapy”. Earlier research substantiates these findings and adds that massage and “touch therapy” appears to enhance “tolerance to touch” and assists parents in their ability to complete “routine tasks” with their autistic children that involve touching (bathing, dressing, tying shoes, etc.). (6,7,8,9)

Massage therapy and therapeutic touch has been applied to numerous medical and psychological conditions that affect children including drug-exposed infants, juvenile rheumatoid arthritis and even post-traumatic stress disorder. The general outcome typically involves a decline in anxious feelings, a reduction in stress hormone levels and improvements in treatment outcomes. Some evidence suggests that the benefits are even more profound if said therapies are applied by a loved one such as grandparent or parent who is adequately supervised and trained. This observation is also noteworthy because home-based massage is much less expensive than when it’s provided in a medical setting. (10)

As hopeful as the research relating to massage and autism is, it’s clear that more study is required. This is evidenced by an experiment from 2006 that did not find positive results when applying aromatherapy massage to 12 children with autism and learning disabilities. Lavender oil was used as a key component in that experiment because prior research indicated that its fragrant scent could, in fact, promote a greater state of relaxation and an improvement in sleep quality. Unfortunately, these benefits were not displayed in the 2006 study published in the well-respected journal Evidence Based Complementary and Alternative Medicine. (11,12,13)

It’s very important to formulate any ASD treatment protocol under the supervision of reputable health practitioners. The information provided today isn’t intended to necessarily augment nor replace conventional treatments, especially if it’s yielding positive results. My goal is simply to convey an additional option that may be worth considering as an adjunct to a comprehensive protocol. What I like best about this massage/touch therapy is that it appears to be able to reach autistic children in a way that is often quite elusive. Building a stronger, loving bond between those with ASD and the people who love them is obviously of great importance. If you have a child with ASD or you know someone who does, please make sure they’re aware of this complementary practice. I believe it has the potential to greatly improve lives.