There are a great many diseases and disorders that come mind when pondering the topic of inflammation. Typically, depression isn’t included in that rather lengthy list. A new review compiled by researchers from the Emory University School of Medicine postulates that there’s reasonable cause to do so. The authors of the paper note that “individuals with major depressive disorder (MDD) demonstrate increased levels of a variety of peripheral inflammatory biomarkers”. If this emerging theory is justified, how can patients and physicians use this information to help alleviate poor mood states? One of the most promising, natural candidates is fish oil. 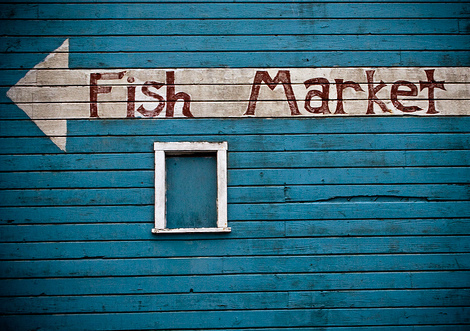 The omega-3 fatty acids in fish, namely DHA and EPA, are known to decrease pro-inflammatory cytokines present in a variety of diseases, including arthritis. What’s more, reducing inflammation via fish oil supplementation has recently been shown to blunt stress-induced anxiety. But, supplementing with just any fish oil may not be the optimal approach. A recent meta-analysis in the Journal of Clinical Psychiatry recommends looking for omega-3 supplements that contain a minimum of 60% EPA (eicosapentaenoic acid). A daily dosage of up to 2,200 mg of EPA daily is also singled out as important. A separate review from August 2011 revealed similar findings with respect to fish oil therapy in those with bipolar disorder or manic depression. This is not to say that DHA or docosahexaenoic acid is not significant or valuable in it’s own right. For instance, a current study appearing in the British Journal of Nutrition cites that while EPA-rich fish oil was more effective at reducing depressive symptoms, DHA-rich fish oil alone improved cognitive performance (verbal fluency) and “self-reported physical health” in a group of seniors.

Even with all of this encouraging scientific data, it still may be too soon for many conventional psychiatrists to recommend EPA to depressed patients. However, because of fish oil’s other health benefits and relative safety, I would argue that it’s worth considering prior to any future mainstream consensus.

Note: Please check out the “Comments & Updates” section of this blog – at the bottom of the page.

You can find the latest research about this topic there!To learn more about the studies referenced in today’s column, please click on the following links:

Study 5 – Omega-3 for Bipolar Disorder: Meta-Analyses of Use in Mania and … (link) 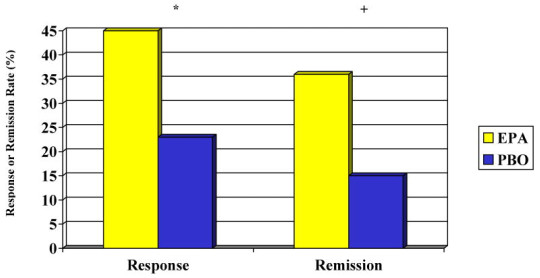