Whenever I begin working with new clients, I always ask them to fill out a few forms and questionnaires. Some people do so without any issue. But every once in a while I’m asked why it’s necessary to provide answers to medical questions that appear to be unrelated to the health concerns at hand. Without fail, I explain that dietary choices, environment, lifestyle factors and psychological matters quite often contribute to physical complaints. This is a foundational principle of holistic medicine and one that cannot be under emphasized. 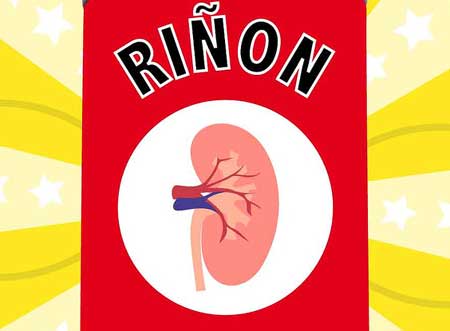 An example of this philosophy can be applied to the topic of kidney stones. Renal lithiasis or kidney stones are formed when there is an imbalance in certain acids and minerals found in urine. This can cause crystals and “stones” to form and sometimes become lodged in the urinary tract. This, in turn, affects the ability of urine to pass through and thereby often results in severe pain in the back, groin region and lower abdomen. However, these and other dreaded symptoms associated with kidney stones are only a small part of the picture. As it turns out, the incidence of renal lithiasis may also be related to other more significant health concerns.

I’ll get back to the more global impact of kidney stones later in this column. But first I’d like to provide some practical information about a relatively unknown way to reduce the likelihood of developing such deposits in the first place. A just published study in the Journal of Urology reports that 900 mg of EPA (eicosapentaenoic acid) and 600 mg of DHA (docosahexaenoic acid) daily for 30 days resulted in a 23% reduction in calcium oxalate “due to significantly decreased urinary oxalate excretion” in a group of 15 healthy adults. This indicates that these fish oil-based omega-3 fatty acids may benefit “calcium oxalate stone formers” when used as a long-term preventive measure. (1)

This isn’t the first mention of a proposed link between select fatty acids and kidney stones. Previous trials conducted in animal and human subjects reveal that: a) a dosage of 1,800 mg of EPA/day lowers the recurrence of kidney stones in patients who already received treatment; b) a combination of EPA and lipoic acid (an anti-oxideant) inhibits stone formation and limits oxalate toxicity to the kidneys in an experimental animal model; c) a study from 1996 found that 30 days of fish oil supplementation “lowered calcium and oxalate urine excretion, and normalized erythrocyte oxalate exchange”; d) populations that consume large quantities of fish, such as Greenland Eskimos, are documented as having a lower risk of “degenerative diseases including stone disease”. (2,3,4,5)

I want to revert back to the holistic model I mentioned earlier. Recent publications in prestigious medical journals are now pointing to a probable link between components of kidney stones including uric acid and vascular conditions, such as heart disease and stroke. High levels of uric acid are also connected to an increased risk of gout and kidney disease. A dramatic illustration appears in the October 2010 issue of the Journal of the American Society of Nephrology. In it, an examination of 10,860 healthy men and women, and 4,564 “stone formers” found that those at risk for kidney stones were 38% more likely to have a heart attack and at a 31% greater risk of developing chronic kidney disease or other co-morbidities over a 9 year follow-up period. (6,7,8)

I think it’s no coincidence that eating fish regularly and/or supplementing with fish oil also appears to protect against the very same conditions previously mentioned. Numerous studies in the medical literature show a robust benefit of omega-3 fatty acids in patients with chronic renal failure. The same is true in relation to DHA and EPA plasma levels and the risk of heart attacks or myocardial infarctions. More studies in this area are clearly needed. However, based on what we know now, it seems that fish oil supports both cardiovascular and renal health in part by moderating blood pressure, heart rate and triglycerides in at-risk patients. So even if you’re unaware of any genetic predisposition toward kidney stones, you might still want to consider whether you’re getting enough omega-3s in your daily diet. (9,10,11,12,13)