One of the veteran products available at many health food stores is barley leaf juice powder. As its name implies, this is a dehydrated extract taken from young barley grass or “leaves”. Think of it as a close relative of wheat grass, an even more popular “super food”. Typically, barley leaf supplements are sold in a pale green, powdered from that boast names such as “Green Magma” or “Just Barley”. The labels of these products imply numerous health benefits, including detoxifying effects, immune system enhancement and increased energy. And, since these products have been around for decades and have amassed a large following of admirers, you might assume that there’s plenty of research to back them up. Surprisingly, this is not the case. 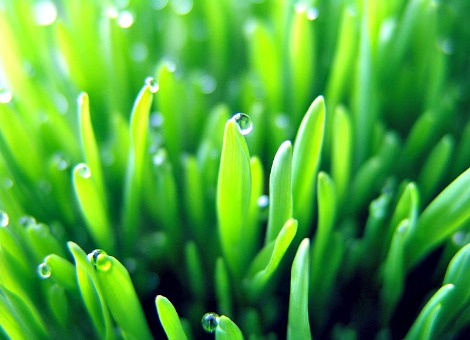 While combing through the medical literature, I came across exactly one study that evaluated the impact of a “barley grass juice product” in human subjects. The trial in question reported positive findings in volunteers with fibromyalgia who used the green supplement for up to 4 months. Noteworthy improvements in flexibility, perceived pain and overall quality of life were documented via the use of several standardized assessment tools: a fibromyalgia impact questionnaire, a quality of life and SF-36 health survey, and physical performance tests. However, the results of this particular study are muddled by the fact that the participants concurrently ate a “mostly raw, pure vegetarian diet” consisting of “raw fruits, salads, carrot juice, tubers, grain products, nuts, seeds” and the barley grass juice. Trying to identify which component or combination of components contributed to the symptomatic improvement is almost impossible.

To be fair, there have been a few preliminary studies conducted on young barley leaves in isolation. The most recent example, appearing in the June 2012 issue of the Journal of Agricultural and Food Chemistry, reports that lutonarin and saponarin, flavonoids found in barley leaves, possess potent antioxidant activity in a test tube model. Other animal and in-vitro experiments support the potential of these same barley derived, phytochemicals in relation to protecting joint integrity, liver health and, possibly, even blunting blood sugar spikes by inhibiting the digestion of high glycemic carbohydrates. However, none of the aforementioned attributes have yet been borne out in a real world setting involving humans.

A tangible fact that has been established about green juices, including barley grass juice, is that they contribute a reasonable amount of Vitamin K1 (phylloquinone) to those who drink them on a regular basis. This is significant because some studies have shown a correlation between higher consumption of dietary phylloquinone and a reduced risk of metabolic syndrome and type 2 diabetes. Perhaps that’s why one of more popular barley leaf juice products features a seal of approval from the Diabetes Research Center. But, there’s scant evidence, if any, showing that barley grass juice possesses any unique protective activity against blood sugar disorders. On the other hand, there’s an abundance of scientific support for eating more green leafy vegetables as a means of protecting against diabetes and a host of other chronic conditions and diseases.

Study 7 – Hypoglycemic Activity of the Antioxidant Saponarin, Characterized As … (link) 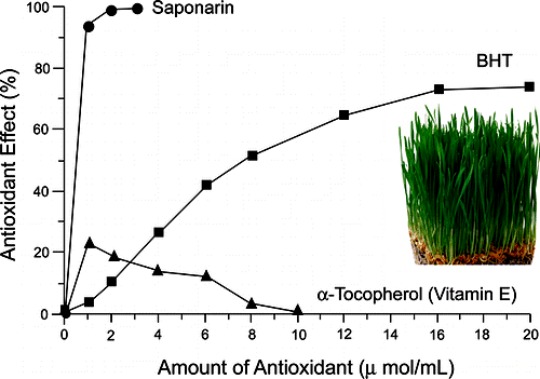