Last week, I posted a column about the potential of a low-sugar diet in the management of prostate cancer (PC). Today I’d like to share some information about a polyherbal supplement that may be an excellent accompaniment for men who are at high risk for PC. The product in question is composed of many traditionally revered herbs and spices, such as ginger root, green tea, holy basil, oregano, rosemary, skullcap, turmeric and more. But what really sets this formula apart is the considerable amount of scientific study that has been devoted to it. 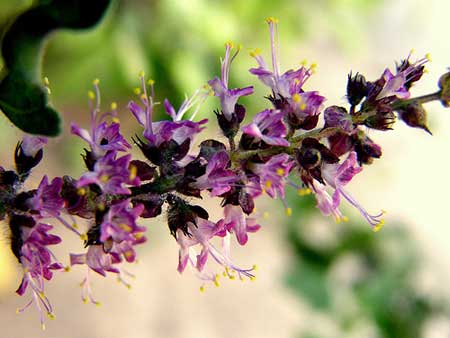 A new trial published in the Journal of the Society for Integrative Oncology makes a strong case for an herbal blend called Zyflamend in men with HGPIN, which stands for high-grade prostatic intraepithelial neoplasia. (1) These are lesions that are thought to increase the risk of developing prostate cancer.

This 18 month study was conducted at Columbia University and New York Presbyterian hospital. It involved 23 men diagnosed with HGPIN, whose ages ranged from 40 to 75 years old. Their PSA (a common marker for prostate cancer) was relatively high, with an average score of 6.1. The researchers tested the participants blood every 3 months and also conducted prostate biopsies every 6 months. The results of this data collection are as follows:

These changes indicate a slowing or, perhaps, even a regression in prostate cancer risk factors. The scientists tested for levels of inflammatory markers because certain forms of inflammation appear to spur the growth of prostate and many other cancers. (2,3,4)

Zyflamend has also proven itself in several laboratory experiments. This type of research is very important because it helps scientists to identify the mechanisms by which a substance works. It also aids in getting funding for human trials and assists researchers in knowing what to look for in the studies. Here’s a brief overview of what’s currently known about how Zyflamend combats cancer.

The primary ingredients contained in this herbal preparation are also known to have powerful antioxidant properties. For instance, one of the key players in the formula is Hu Zhang, a rich source of resveratrol, which modern science is studying for its possible “anti-aging” properties.

There are two caveats that need to be mentioned with regard to Zyflamend. 1) This is a potent natural medicine. If you’re taking prescription medications, it would be wise to discuss (with your doctor or pharmacist) any possible interactions between this natural remedy and the synthetic drugs you’re taking. 2) The makers of this supplement utilize a CO2 (carbon dioxide) extraction process that allows for the fat soluble components of the herbs and spices to remain intact. This contributes to the efficacy of the product, but also gives it a very pungent smell and taste. Therefore, it is recommended that you only take Zyflamend with food, never on an empty stomach. If the issue of “taste repetition” is still troublesome after trying it with food, try putting the Zyflamend soft gels in the freezer. The freezing process delays the dispersal of the soft gel contents, which could help better tolerate them.