There’s a seemingly never-ending list of controversies in the natural health movement. All of the conflicting proclamations can either drive you mad or stimulate curiosity and a desire to get to the bottom of the prickly issues involved. Believe it or not, one the most intense battlegrounds in the nutritional field has to do with the role of the humble soy bean in the modern day diet. Some authorities claim that soy is harmful to babies and children. Others warn of soy’s role in affecting thyroid function and women’s health issues. Then there’s the issue of how soy impacts men, which is the focus of today’s column. 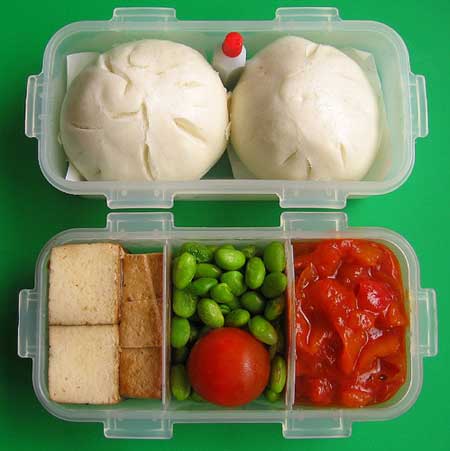 Soybeans contain a group of naturally occurring chemicals known as isoflavones. These substances are commonly referred to as phytoestrogens – estrogenic chemicals produced by certain plants. It is generally believed that isoflavones are responsible for mild hormonal activity within the human body. In some instances, they behave similarly to synthetic hormone replacement therapy (HRT) but, in other cases, appear to yield novel forms of health protection instead of the increased risks associated with HRT. We’re still in the early stages of understanding the complex role that these plant hormones play in women’s health. The current view, as stated in a recent meta-analysis, explains that regular soy usage may decrease certain hormones in premenopausal women (follicle stimulating hormone and luteinizing hormone) while potentially increasing estrogen (estradiol) levels in postmenopausal women. (1,2,3)

With men, the primary concern about soy is how it might impact androgens such as testosterone. Although some think that testosterone is only necessary for the masculine aspects of manhood, in actuality, its role extends far beyond. Inadequate levels of this sex hormone can be responsible for many health concerns. The list of health risks associated with a lack of testosterone include blood sugar abnormalities (diabetes), cardiovascular disease, chronic pain (fibromyalgia), depression/mood disorders, erectile dysfunction, obesity and osteoporosis. (4,5,6)

Fortunately, new research has recently been published that adds a great deal to our current understanding of soy in relation to men’s health. A new trial published in the journal Prostate Cancer and Prostatic Diseases looked at a group of 28 men with ages ranging from 30 – 59. They were given a daily supplement containing 60 mg of soy isoflavones for 3 months. At the beginning and end of the study, blood tests were taken to determine any hormonal alterations.

SHBG inhibits the activity of sex hormones by attaching itself to them. It’s only the unbound “free” hormones that are biologically active. DHT is a potent byproduct of testosterone and is responsible for many gender-specific characteristics such as facial hair, male pattern baldness, muscle development, personality traits, prostate health, puberty and sexual performance. (7)

I find the results of this first study somewhat disconcerting. But the trouble is that it’s very difficult to find consistent documentation about the role that soy plays in the world of male androgens. For instance, a review published in June 2009 examined the role that various forms of soy and soy based foods have on hormone levels in men. A total of 15 studies and 32 reports were factored into this scientific analysis. The conclusion presented by a research team from the University of Minnesota determined that soy consumption did not significantly effect SHBG or free and total testosterone. (8)

Still, there are other causes for concern. For instance, experiments demonstrate that regular soy consumption may increase the risk of metabolic syndrome (a risk factor in heart disease) in older men, and could negatively effect sperm quality in men with fertility issues. Until such discrepancies are clarified, I will restrict my soy intake. However, there may be some instances where soy supplementation could have a condition specific appeal, such as for those suffering from benign prostatic hyperplasia (enlargement) and prostate cancer. (9,10)

In May 2009, a study presented in the journal Prostate found that soy isoflavones (from supplements) tend to preferentially concentrate in prostate tissue. The amount of isoflavones found in the prostates of men with prostate cancer was 6 times the quantity present in the bloodstream. It’s impressive to note that this accumulation occurred in the course of just 14 days of supplementation. This finding may explain why there is considerable excitement about the potential of soy in the prevention and treatment of prostate cancer. (11,12,13)

Source: Journal of the International Society of Sports Nutrition 2009; 6: 8. (link)

I’d also like to briefly address another soy controversy. I’m often asked about the relative merits of different types of protein. When shopping at health food stores, you’ll certainly see a fair share of soy based protein powders, many of them targeted toward female consumers. But there’s also a considerable male market for these products because they’re often directed at those with high cholesterol, prostate issues and vegetarians.

Several recent studies help clarify the pros and cons of soy protein. One of the experiments tested the muscle building effects of three different types of protein: a) casein; b) soy; and c) whey. Casein and whey are both milk derived proteins. This particular research ultimately determined that whey was the most efficient for building muscle in young men. Having said that, soy protein performed better than casein in this experiment. The authors of this short term study theorized that the quicker absorption/digestion associated with whey may be the deciding factor in these results. This may also explain why whey protein appears to be more effective than soy in satisfying appetite. (14,15)

To be fair, in real world applications, it’s unclear whether the differences brought about by using soy instead of other forms of protein really make much of a difference. A March 2009 trial didn’t find any significant advantage to whey over soy protein in a group of 28 overweight men who engaged in a 12 week resistance exercise program. Body fat/weight, cholesterol levels and strength gains were similar in both groups. Another study found that the addition of soy protein to unfortified breakfasts helped satisfy hunger considerably. This again may be an example of soy being “good enough” in a practical setting. (16,17)

Sometimes the more you know, the more confusing things seem to get. However, I choose not to see things that way. All of the research of the past few months does help me to better understand the reasons for both caution and optimism with regard to soy usage. I suggest that before making soy a big part of your diet, consider both the negative and positive implications. If you decide to eat or supplement with soy regularly, pay close attention to any changes that you may notice. You can utilize appropriate blood tests to nullify or verify any concerns you may have. Or you can simply use the “add and remove” technique to see how you personally react to soy. If you suspect that it’s harming you, temporarily get rid of it and see how you feel. This is all part of a bigger picture. This is your life and your science experiment, so make the most of it.