Life may seem rather complicated when you look at all the moving pieces. Living in today’s world means that you must constantly be aware of cultural and environment considerations, governmental regulations and political issues, interpersonal relationships, religion and spiritual practices and technological advances. Ignoring any of these elements could spell trouble or otherwise put you at a disadvantage. But if it ever seems as if all of that is too much to handle, just remember that your brain is already overseeing a vastly more complex landscape every minute of every day – the incredibly intricate and magnificent machinery that resides within the body. It requires the utmost precision and skill to coordinate all of the disparate functions and physiological components that are absolutely vital in order to keep us alive and thriving. In most instances, the mind manages this enormous task seamlessly. 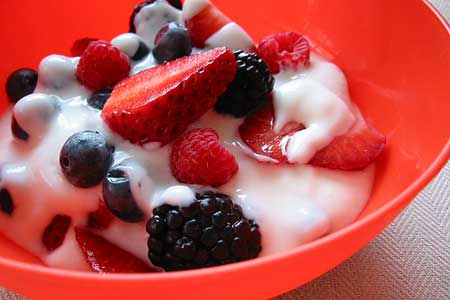 One specific aspect of human health that most people don’t think about is the never-ending population shifts that occur in the digestive system. There, both good and bad bacteria cohabitate in various proportions. Generally speaking, it’s a peaceful coexistence. But if the number of pathogenic bacteria grow out of control, things could get ugly. The good news is that we humans are capable of tipping the bacterial balance back in our favor by supplementing with exogenous probiotics (good bacteria) if the bad guys get out of hand. Here are a few examples of how both harmful and healthful bacteria may impact common health conditions.

The February edition of the Nutrition Journal reports that lactic acid bacteria (LAB) may be an effective and safe means of countering constipation in a senior population. 19 nursing home residents suffering from chronic constipation were given a LAB supplement 30 minutes after breakfast and dinner meals for 2 weeks. A standardized questionnaire was used to assess bathroom habits prior to and during the treatment course. Stool samples were also taken to “investigate LAB levels and inhibition of harmful enzyme activities”. The results of this brief intervention showed that there was an increase in frequency of going to the bathroom and more complete elimination during bathroom trips. The concentration of healthy bacteria also grew and a decline in two harmful enzyme activities (tryptophanase and urease) were noted. These benefits, attributed to the probiotic intervention, clearly offer an advantage over the traditional management of constipation which often utilizes stimulant laxatives. Such medications can lead to dependence and long term bowel dysfunction. (1,2)

The role that beneficial bacteria play in the body extends far beyond the confines of the intestines. A new report in the British Journal of Nutrition provides a sterling example. 256 women were divided into two groups during the first trimester of pregnancy. Both sets of women received dietary counseling. However, one half was also given a probiotic supplement (containing Lactobacillus rhamnosus GG and Bifidobacterium lactis Bb12) while the remainder was provided with a placebo. The health of the expectant mothers and soon-to-be infants were then analyzed over a 24 month period. Here are some of the key findings of this study:

This trial is especially important in that it establishes the safety of these select healthy bacteria both during pregnancy and breastfeeding. The additional importance of reducing the likelihood of gestational diabetes mellitus (GDM) cannot be underestimated as well. This pregnancy-related form of diabetes will affect over 200,000 women in the US this year alone. GDM not only compromises maternal health, but can complicate pregnancies and result in babies that: a) are larger than normal (macrosomia) or b) suffer from low blood sugar (hypoglycemia), jaundice (yellowing of the eyes and skin) and even Respiratory Distress Syndrome. (3,4)

A recent press release from the University of Wageningen (UK) theorizes that an imbalance of gut bacteria may be playing a role in the current obesity epidemic. Microbiologists from Wageningen and the University of Amsterdam base this opinion on numerous animal studies. These experiments show that obese animals possess a greater number of bacteria that “efficiently convert indigestible food into manageable fatty acids”. In other words, they extract more calories from the food they eat. Scientists feel confident about this theory because they’ve discovered that implanting certain bacteria from obese animals into lean animals tends to increase fat storage in the non-obese test subjects. The mechanism behind this remarkable outcome may have to do with gut bacteria altering hormones which can promote fat retention. At present there is an experiment underway to determine whether this same phenomenon occurs in a human population. (5)

The topic of bacteria and human health recently got even more interesting. A newly published Danish trial in the journal PLos ONE discovered that adults with diabetes possess significantly different bacterial composition in their digestive system than people without blood sugar disorders. A group of 36 men took part in the investigation. Half of the participants were considered “healthy” and the rest had been clinically diagnosed with type 2 diabetes. Researchers tested bacterial levels in all of the subjects and found that those with diabetes had lower levels of certain bacteria (“phylum Firmicutes and class Clostridia”) but higher concentrations of “Betaproteobacteria”. It appears that this altered ratio of bacteria manifests itself in a reduction of glucose tolerance and higher blood sugar concentrations. (6)

A recent review suggests that another blood sugar/weight-related condition, ie., nonalcoholic fatty liver disease (NAFLD), could possibly be assisted by carefully balancing gut microflora. A group of Italian researchers points out that many of the same mechanisms that lead to diabetes also contribute to NAFLD and weight gain. However, it’s interesting to note that the bacterial climate present in diabetics isn’t necessarily the same as that typically found in non-diabetic, obese individuals or those with NAFLD. Therefore, scientists must first clarify the specific activity of various bacteria in order to use particular probiotics therapeutically. (7)

Another wrinkle is that many probiotic supplements are lacking in the quantity and/or variety of bacteria that is claimed on product labels. A recent Italian survey of 72 probiotic samples discovered that 87% “did not conform to Italian guidelines and the differences were both quantitative and qualitative (number determination, purity, types and viability of microorganisms)”. It’s also not safe to assume that all probiotic supplements will be equally beneficial for a given condition. An example can be found in the February issue of the journal BMC Gastroenterology. A specific probiotic with suspected health benefits, Lactobacillus plantarum, was actually found to be less effective than a placebo in the management of irritable bowel syndrome. (8,9)

The key to selecting the right probiotic is to first establish which bacterial strain or strains are best suited for your purpose. The next step is to make sure to use products upon which you can rely. One way is to opt for cultured foods or supplements that have a proven history based on published clinical studies. It’s also important to determine whether a manufacturer tests their products to verify that they actually contain the specific microorganisms that the label claims. Finally, it’s vital to establish whether a company guarantees the potency of their supplements through the expiration date. Viable, healthy bacteria are necessary to provide the desired health benefits you seek. It requires a little digging and some extra effort to find the best probiotics out there. But it’s worth it. If you simply choose a brand randomly or based on price alone, you may very well end up consuming bacteria that you don’t need or want.