Red wine has a mixed reputation in the medical community. Some health authorities cite evidence that indicates it may be the one form of alcohol that provides actual health benefits. Generally speaking, the positive research regarding red wine has to do with its impact on cardiovascular health. In recent years, scientists have begun to analyze the specific chemical make up of this popular beverage. In doing so, they’ve discovered several phytochemicals that could be the reason why fermented grapes discourage heart disease. Furthermore, some of these substances have exhibited benefits in other arenas, such as anti-cancer activity in animal models and in-vitro (test tube) experiments. However, these laboratory findings are often at odds with population studies that find negative associations between alcohol consumption and cancer incidence. Today I’ll examine the most recent findings regarding the alcohol cancer connection. 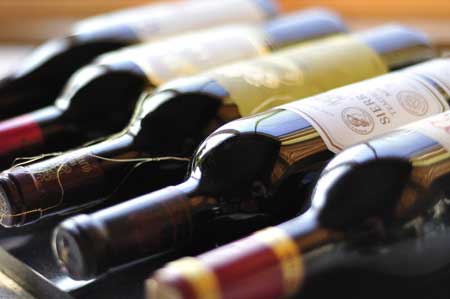 The decision about whether to include red wine in your daily diet is an important one. There is considerable evidence that demonstrates its cardiovascular benefits. Since cardiovascular disease is the number one cause of premature mortality, we need to do all we can to prevent it. But breast and prostate cancers are significant health threats as well and it’s also vital to limit risk factors for those diseases. This is why the pros and cons of red wine need to be carefully evaluated. (1,2,3,4,5,6)

Several recent studies have specifically examined the role that red wine may have in the promotion of breast cancer. Here is a summary of those findings:

These two recent studies are supported by previous research dating back over a decade. In 2001, over 61,000 women were followed for almost 10 years. About 1,300 of the participants developed breast cancer during that time frame. The older women who drank the most were 31% more likely to contract BC. A 1997 investigation in premenopausal French women likewise discovered an association between even small amounts of alcohol (60 calories per day) and breast cancer risk. Red wine was the predominant form of alcohol used by the trial subjects. (10,11)

This topic is controversial for several reasons: 1) Population studies are observational and not controlled. Often times, the conclusions found in such research doesn’t translate to real world results; 2) Other experiments indicate that red wine may actually combat the formation of dense breast tissue, which is also associated with increased BC risk; and 3) certain antioxidants in red wine (polyphenols and resveratrol) have exhibited protection against breast cancer growth and spread in animal and test tube studies. (12,13,14,15,16,17,18)

Breast and prostate cancers are linked by a few key features. Both diseases are influenced by sex hormones such as estrogen and testosterone and tend to manifest themselves in middle age or senior years. However, the connection between red wine and prostate cancer (PC) incidence is not as clear as in the case of breast cancer. Several epidemiological studies that have examined this proposed link:

A 1999 study in the journal Cancer Causes and Control determined that “fortified” and white wines appeared to increase PC risk, but red wine did not. It’s possible that resveratrol, an “antioxidant in red wine”, has an anti-PC effect. Resveratrol is being aggressively studied as a possible adjunct in the fight against PC and as a preventive aid. (23,24,25,26,27,28)

The question that begs to be answered is, “What is it about alcohol and/or wine that may spur the growth of cancer?”. A presentation given at a recent American Physiological Society annual meeting offers one possible explanation. A group of rats with breast cancer were fed diluted alcohol or pure water in order to replicate what may occur in a human model of BC. Over the course of 4 weeks, the researchers found that the rats that were fed the alcohol had tumors that were nearly twice the size of those in rats that were fed only water. It seems that the alcohol increased blood flow to the tumors (via microvessel growth), perhaps because of increased levels of a pro-cancer protein called VEGF (vascular endothelial growth factor). (29)

If it’s the actual alcohol in wine that is the problem, then using a dealchoholized red wine may be an option. New evidence presented in the Journal of Agricultural Food Chemistry has determined that removing alcohol from red wine does not adversely impact the level of beneficial substances. In fact, the dealcoholized red wines generally exhibited higher levels of phenolic antioxidants than the traditional red wines. In this analysis, Merlot reds were the top source of the highly esteemed resveratrol. (30)

There are many questions still left unanswered in this debate. However, based on the preponderance of the evidence, it might be wise to limit alcohol consumption (including red wine) if breast cancer is a significant concern. If you choose to include small to moderates amounts of alcohol in your diet, then perhaps a dealcoholized red wine could be a viable alternative. The connection between red wine and prostate cancer seems to have a rosier tint. I’ll be sure to look out for more details that will hopefully confirm a positive end to that story. In closing, I’d like to remind you that there are plenty of biodynamic and organic wines available at many health food stores and online. These products are free of pesticides and added sulfites (preservatives). This is the variety of red wine that we stock in our home.

Update: November 2010 – The correlation between cancer incidence and alcohol/wine consumption has been a frequent topic in the medical literature of late. Over the past several months, researchers spanning the globe from Zhejiang, China to Oakland, California have amassed summaries on the effects of various forms of alcohol and malignancy rates. Here are some of the key findings: a) wine appears to afford minor protective activity (-15%) in relation to bladder cancer occurrence; b) consuming 3 or more alcoholic drinks per week seems to increase the likelihood of breast cancer recurrence and cancer-related mortality in women diagnosed with “early-stage breast cancer”; c) wine was not associated with an elevated risk of endometrial cancer in a meta-analysis involving “20 case-control and seven cohort studies”; d) moderate red wine intake (2 glasses/day) didn’t impact colorectal cancer prevalence in a large “prospective, mutliethnic cohort (study) of middle-aged men”; e) having up to 3 alcoholic drinks daily is unlikely to influence prostate cancer risk, but heavier consumption of 7 or more drinks daily may contribute to “excess risk for this disease”. When it comes to alcohol/cancer connection, it’s becoming quite evident that avoidance or moderation is generally the best way to go. But it’s important to stay abreast of the latest research, as the knowledge base in this field is constantly evolving. Doing so may allow you to use alcohol in the safest possible way, if it enhances your lifestyle. (31,32,33,34,35)