Even the healthiest foods and remedies aren’t recommended for certain people. A bowl of freshly picked, organic green leafy vegetables is a wonderful addition to most diets. But it can be a veritable poison if you happen to be allergic to the greens in question. Likewise, exceedingly benign treatments such as massage therapy need to be applied in an individualized manner. Does it make any sense to give a deep tissue massage to someone with a bleeding disorder? The fact of the matter is that all natural remedies ought to be viewed subjectively. Adverse reactions are not the exclusive domain of conventional medicine. (1,2,3) 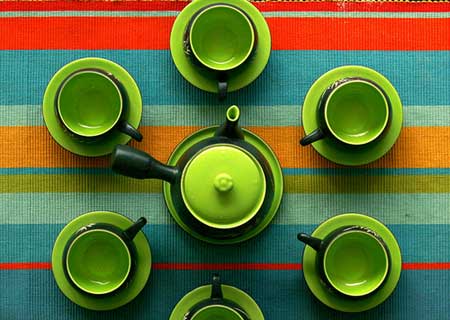 Black, green and white teas are among the top antioxidant sources in modern and traditional diets. Phytochemicals found in the leaves of Camellia sinensis yield wide ranging health benefits that impact conditions as varied as Alzheimer’s Disease and numerous forms of cancer. However, the irony is that these very same free radical fighters that protect the body can also negatively impact thyroid function. (4,5,6)

Some natural health experts claim that tea’s naturally occurring fluoride content can harm the thyroid. It’s true that some sources of tea do contain fluoride. What’s more, excess intake of fluoride from any source can lead to thyroid dysfunction. This concern is relevant enough for me to recommend asking tea manufacturers whether they test for aluminum, fluoride and other potentially toxic minerals in their products prior to buying them. Having said that, it doesn’t appear that these undesirable elements are predominantly responsible for the anti-thryoid activity in tea. (7,8,9)

The best information we currently have to work with stems from several animal studies on the topic. The latest investigation, published in the August 2010 issue of the journal Human & Experimental Toxicology, describes how green tea has greater anti-thryoidal potential than black tea because of its higher content of polyphenolic flavonoids. This finding is corroborated in other recent examinations which mostly point to select antioxidants known as catechins as the culprit. In animal models higher levels of green tea intake generally bring about dysfunction in the thyroid gland via decreased levels of serum thyroid hormones (T3 and T4), reduced activity of thyroid peroxidase and even thyroid lesions. (10,11,12,13)

Before jumping to any conclusions, I think it’s important to take a few factors into account. Firstly, the studies available have all been conducted in animal subjects. The results demonstrated in such trials often do not translate to human populations. Also, several observational studies have examined a proposed link between tea consumption and thyroid cancer. If anything, these epidemiological investigations have concluded that tea appears to afford a protective effect. This would argue against the widespread anti-thyroidal activity of tea in a real world setting. (14,15,16)

Related trials in humans have examined the impact of other goitrogenic foods. Most have not raised significant cause for concern. For instance, a recent intervention conducted at the University of South Carolina found that daily consumption of soy protein (67.5 grams/day) failed to “affect thyroid end points” in a group of 25 postmenopausal women. Ensuring adequate dietary iodine also appears to be an important part of the equation. Iodine-replete diets may afford protection against the thyroid suppressive activity of many common foods. But there’s really no sense in playing guessing games with such an important matter. If you consume large quantities of tea or other foods that may affect the thyroid (cruciferous vegetables, peanuts, soy, etc.) make sure to have your thyroid function tested – especially if you exhibit any of the symptoms associated with hypothryoidism. This will allow you and your health care team to make any necessary adjustments to your diet. (17,18,19,20,21)