In life and in medicine we tend to categorize as a way of simplifying things. But every so often we learn something new about a medical technique that genuinely surprises us. Take the Mediterranean diet for instance. Doctors and patients throughout the world associate this way of eating with cardiovascular benefits. It’s the “heart healthy” diet. This view is both accurate and incomplete. 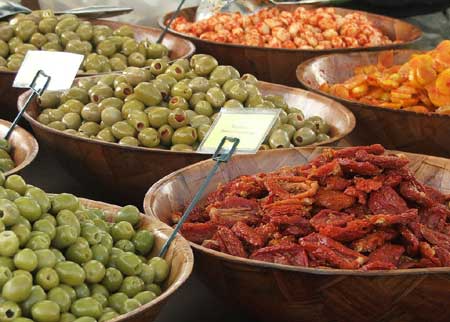 The term “Mediterranean diet” conjures up images of exquisite Greek and Italian cuisine that focuses on fresh fish, fruits, lean meats, nuts, red wine and vegetables. The cardio-protective benefits of such a menu plan is very well established in the scientific literature. Multiple studies have been published this year alone that attest to this fact. The traditional diet of the Mediterranean region is: a) rich in monounsaturated fats (fish, nuts and olive oil); b) contains large quantities of dietary fiber (40-60 grams a day) and; c) is an abundant source of food based antioxidants (from fruits, vegetables and red wine). (1,2,3,4,5,6)

What isn’t so well known is that the reach of this eating program extends far beyond the prevention of heart attacks and stroke. There are three important areas of health care with which the Mediterranean diet can specifically help. Here’s a brief overview of what the latest studies tell us:

All of these individual findings are very promising. But the big picture is even more encouraging when we look at it from afar. Elevated blood sugar (diabetes and metabolic syndrome) and depression have been linked to higher rates of dementia. These two conditions have also been associated with poor cardiovascular health. This, in turn, brings us full circle. It also provides a rationale for why the Med diet is good for the heart, both directly and indirectly. (16,17,18,19,20)

In health care and in life, good decisions tend to have far reaching consequences. It’s similar to the concept of “paying it forward” – if you show kindness to one individual, that person is likely to do the same for someone else. This process then continues forth and ultimately leads to a better community and society at large. A similar reaction occurs within the body. When we do something positive for the cardiovascular system, it’s likely to affect other, seemingly unrelated systems – such as the brain (depression) and pancreas (diabetes). This is a common result of many holistic therapies and the primary reason why I encourage their use.