One of the most frequent questions I’m asked has do with which supplements are the most essential. Many people who inquire are already taking a multivitamin. It’s not always the best multivitamin, but at least it provides the basic nutrients that are often lacking in the modern diet. However, there are certain minerals that are never provided in adequate amounts in a standard one-a-day supplement. They’re simply too bulky to be contained in a single capsule or even a large tablet. 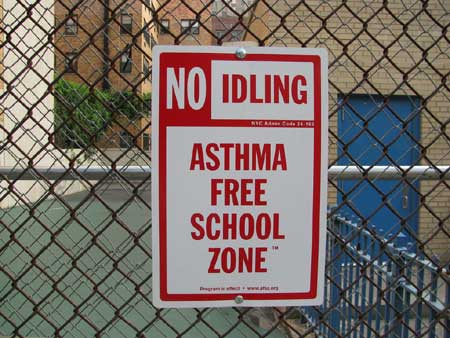 Two minerals fall into this category: calcium and magnesium. This is why doctors will regularly ask patients to take a calcium supplement in addition to a multivitamin. Many calcium products include some added Vitamin D to facilitate calcium absorption and retention. But it’s rather uncommon for non-health food store supplements to contain substantial amounts of magnesium as well.

In my opinion, the current view of calcium and magnesium is a bit off kilter. Calcium is quite easy to obtain by eating foods that are fortified with it. On the other hand, magnesium generally flies under the radar of most dietitians and commercial food manufacturers. This is a shame because the potential of this element is quite impressive indeed. Here are five examples that illustrate some of the reasons why I think you should keep this mineral in your cross hairs.

Magnesium Supports Lung Function – A new study published in the Journal of Asthma examined the effects of supplementing with magnesium over a six month period. Researchers from Bastyr University in Washington State enrolled 55 adult patients with mild-to-moderate asthma into a double blind, placebo controlled trial. Half of the participants were given a placebo and the treatment group received 340 milligrams (170 mg twice daily) of magnesium per day. By the end of the experiment, those receiving the supplemental magnesium exhibited a 5.8% enhancement of lung function as measured by “peak expiratory flow rate”. This same group proved to be 20% more resistant to chemically induced constriction of the lungs. The magnesium test subjects also noted a subjective improvement in quality of life. None of these benefits were similarly reported by the placebo patients. The lead researcher of the trial, Dr. Alexandra Kazaks, suggests that magnesium may assist the expansion of the lungs through anti-inflammatory activity and positively influencing cell membranes. (1)

The authors of the study made the following comment: “These results indicate that reductions in serum levels of calcium, magnesium, and zinc during pregnancy might be possible contributors in the etiology of pre-eclampsia, and supplementation of these elements to diet may be of value to prevent pre-eclampsia”. (2,3)

Magnesium Supports Bone Mineral Density – A recent Turkish study set out to determine why magnesium appears to strengthen bones. Twenty postmenopausal women took part in a 30 day trial in which half supplemented with 1,830 mg of magnesium citrate (about 200 mg of actual magnesium) or a placebo. Blood urine samples were taken at the start of the trial and on days 5, 10, 20 and 30. The female volunteers in the magnesium group showed significant decreases in deoxypyridinoline and serum parathyroid hormone levels and an increase in osteocalcin concentrations. The researchers conducting the study concluded that “oral magnesium supplementation in postmenopausal osteoporotic women suppresses bone tunover”. Individuals who have a high bone turnover rate are at an increased risk for bone loss and osteoporosis. (4)

Magnesium Supports Mental Health – Scientists at St. Paul’s Hospital in Seoul, Korea have recently uncovered a link between mineral status and mental health. The discovery came about while comparing blood levels of calcium and magnesium in a group of 112 women recruited from an outpatient clinic. An assessment was made about the participants degree of anxiety, depression and stress based on the results of two standardized questionnaires: “the Hospital Anxiety Depression Scale and the Modified Brief Encounter Psychosocial Instrument Stress Scale”. The researchers looked for patterns between mineral status and the severity of psychological distress. They determined that those with the lowest levels of magnesium were at greater risk for “depressive mood disorder”. Having too high a concentration of calcium and too low a level of magnesium (Ca/Mg ratio) correlated with greater depression and stress scores as well. Theoretically, this type of imbalance could be rather common because of the relative abundance of calcium in the 21st century diet. It’s also interesting to note that stressful events have been documented as prompting an increased excretion of magnesium. (5,6,7)

Magnesium Supports Ocular Health – Magnesium citrate is a form of magnesium that is often utilized in clinical research because it’s highly absorbable. This particular mineral compound is produced by chemically bounding magnesium and citric acid – often referred to as a mineral chelate. A new report in the European Journal of Ophthalmology examined the effects of 300 mg of magnesium citrate on 15 patients suffering from “normotensive glaucoma” (NTG). Fifteen additional NTG patients were provided with an identical looking placebo for 30 days. Serum magnesium levels, a “color Doppler imaging of the orbital vessels” and a visual field test were conducted pre and post intervention. Those receiving the magnesium therapy exhibited improvements in visual field scores, but there was no detectable change in ocular blood flow. More studies are needed to clarify the exact mechanism by which magnesium improves vision in those with glaucoma. In the meantime, it’s at least reassuring to know that this often neglected mineral can enhance visual acuity by means that are currently unknown. (8)

I don’t often discuss the specifics of my own supplement regime. But I can tell you that I consistently include magnesium citrate and/or magnesium taurinate (magnesium bound to the amino acid taurine) in my daily routine. In addition, I consciously seek out magnesium-rich foods. Pumpkin seeds are perhaps my favorite dietary source of magnesium. In closing I want to mention that while magnesium is generally a very safe nutrient, it is not appropriate for those with compromised kidney function nor should it be taken with specific medications such as certain antibiotics, heart medications, and tranquilizers. Please consult your pharmacist and/or physician before beginning magnesium therapy if you think any of these issues pertain to you. (9)