Best of NAC for Mental Health

A common theme found in naturopathic medicine is that a substance used for one purpose often ends up benefiting other seemingly unrelated conditions. When this occurs, scientists generally scramble to determine how in the world such a turn of events is even possible. There’s certainly a great deal of value in identifying the underlying mechanisms by which a “medicine” works. But if the body is viewed as a whole, rather than in isolated parts, then the concept of broad spectrum healing tends to make more sense. One example is a rather obscure supplement that reduces the ill effects of oxidants in the body while also promoting a healthier environment in the brain. 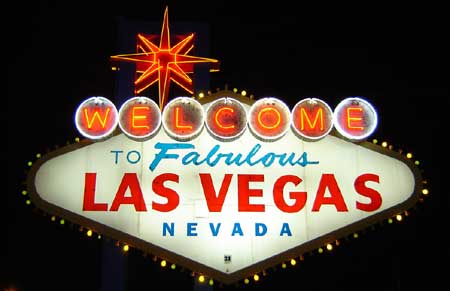 N-acetyl cysteine (NAC) is an amino acid (a component of protein) often used to support pulmonary health and protect against medication induced kidney and liver damage. It is a precursor and regenerator of a potent antioxidant in the body known as glutathione. However, several years ago a new role emerged for this natural supplement – as an adjunct in the treatment of psychiatric disorders. (1)

A few recent studies have discovered an application for NAC in the management of some common compulsive behaviors. The first example is based on three case studies observed at the University of Melbourne, Australia. At the time, a larger study was taking place to evaluate the effects of NAC in patients with bipolar disorder. During the course of the bipolar research, it was noted that 3 patients with anxiety-based nail biting were “cured” after the administration of NAC. Another study from the University of Minnesota investigated whether NAC could help patients with a disorder known as trichotillomania, “repetitive (self) hair pulling that causes noticeable hair loss”. (2,3)

The patients receiving NAC showed a significant reduction in hair pulling. 59% of the NAC users were “much or very much improved” as compared to 16% in the placebo group. Benefits began to appear after 9 weeks of treatment and produced no detectable adverse reactions.

A case study from 2006 in the journal Psychopharmacology also supports a connection between NAC supplementation and a decline in obsessive-compulsive disorder (OCD). In that instance, the addition of NAC to conventional antidepressant treatment improved OCD symptoms. It’s important to note that treatment with the antidepressant alone was ineffective. Only the combination of the two “medications” produced satisfactory results. The authors of the case study concluded that “further research is warranted to investigate the use of NAC and other glutamate modulating agents in the treatment of OCD”. (4)

Mental health specialists who focus on addictions are also expressing an interest in N-acetyl cysteine. Several different addictive habits appear to respond to the administration of this humble amino acid. A September 2007 study in the journal of Biological Psychiatry tested the effects of NAC in 27 “pathological gamblers”. 83% of the NAC study volunteers responded well to the treatment as compared to 29% in the placebo group. The “mean effective dose of NAC was 1,477 mg” per day. The authors of the experiment explained that NAC “might target core symptoms of reward-seeking addictive behaviors such as gambling”. They also urge for additional “larger, longer, placebo-controlled double-blind studies”. (5)

The greatest amount of research on NAC and addiction has focused on cocaine. Two trials from 2007 provide glimpses of hope for those struggling with this addition. In the first study, 23 “treatment-seeking cocaine-dependent patients” were given varying dosages of NAC (1,200, 2,400 or 3,600 mg daily) over a 4 week period. All dosage levels were well tolerated, but the higher dosages (2,400 – 3,600 mg) produced the best results. The authors noted that “The majority of the subjects who completed the study (16 of the 23) either terminated use of cocaine completely or significantly reduced their use of cocaine”. A separate study was conducted on cocaine-addicted patients in a hospital setting. 15 men and women received either a placebo or NAC during different stages of the experiment. While undergoing NAC treatment, the patients “reported less desire to use and less interest” in cocaine. (6,7)

Scientific reviews from 2008 and 2009 specifically point to NAC as a promising and safe adjunct therapy for cocaine addiction. Researchers believe that NAC may inhibit glutamate (an excitatory brain chemical) activity that prompts drug-seeking feelings. Recent laboratory trials in animal models of nicotine addiction appear to support this theory. (8,9,10) 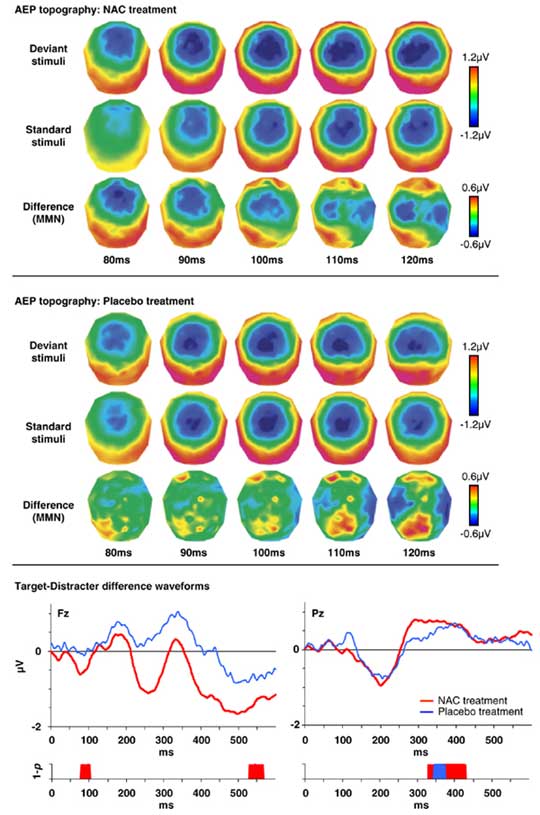 Two of the most challenging psychiatric conditions to treat are bipolar disorder and schizophrenia. But both conditions may be responsive to NAC therapy. Thus far, it is schizophrenia that has taken the lead in NAC-based research.

A September 2008 study noted that “brain glutathione levels are decreased in schizophrenia”. The authors go on to point of that: a) NAC is known to increase brain glutathione in animal models; b) schizophrenia is often a chronic condition that is unresponsive to conventional treatment and; c) the efficacy and safety of NAC has yet to be established in humans with this condition. To help address the final point, 84 patients with chronic schizophrenia were enrolled in a double-blind, placebo-controlled study. The trial lasted a total of 24 weeks and provided either a placebo + medication or 1,000 mg of NAC + medication twice daily. The patients receiving NAC + medication demonstrated improvements in two standardized diagnostic indices: the Positive and Negative Symptoms Scale and the Clinical Global Impression Severity Scale. Those receiving NAC also exhibited reductions in a common drug-induced side effect known as akathisia, in which patients feel the need to move around in a restless manner (fidgeting, foot tapping, pacing, rocking, etc.). These results are supported by a study from August of 2008 which determined that increased glutathione levels in the brain (via NAC) may improve “auditory sensory processing” in those with schizophrenia. (11,12,13,14,15)

A recent publication in the journal of Biological Psychiatry suggests that N-acetyl cysteine may also be helpful in controlling the depressive symptoms of those with bipolar disorder (sometimes referred to as “manic depression”). Much like schizophrenia, many patients with bipolar disorder exhibit signs of “glutathione depletion” and inadequate response to conventional treatment. A trial involving 75 bipolar patients in “the maintenance phase” were treated with NAC or a placebo, in addition to their standard medicine. The study lasted 24 weeks and involved an NAC dosage of 1,000 mg twice daily. After 8 weeks of treatment, patients using the NAC showed statistically relevant improvements in daily “functioning” and quality of life scores. By week 20, the researchers also noted positive changes in depressive symptoms. The authors of the trial remarked that “NAC appears a safe and effective augmentation strategy for depressive symptoms in bipolar disorder”. (16)

While researching today’s column, I browsed through a listing of ongoing and upcoming clinical trials. I noticed that researchers from around the world are continuing to look into NACs potential with regard to alcoholism, autism spectrum disorder, combined addictions (gambling and nicotine), drug addiction and obsessive compulsive disorder. I’m very happy to see this. My sincere hope is that NAC will soon play a bigger role in the safe and sane treatment of these and other mental disorders. If you know someone who’s struggling with with a psychiatric condition, please share this information and encourage them to pass it along to their physicians as well. This is far too important information to remain hidden deep in the well of scientific literature. (17,18,19,20,21)

Update: February 2011 – Since posting this initial column, N-acetyl-cysteine has become a regular fixture in the medical literature. But that’s not to say that scientists have yet identified exactly how it exerts its therapeutic activity. Just published in the journal Innovations in Clinical Neuroscience, a review theorizes that NAC improves various psychiatric syndromes by acting as a potent antioxidant and having a modulating effect on the glutamatergic system. While some researchers strive to find the precise mechanisms behind the efficacy of this nutritional supplement, others are more concerned about whether it actually helps patients currently in need. Several recent studies reveal the following details about conditions that NAC appears to improve or not: a) a short term trial using 1,200 mg to 2,400 mg/day of NAC was found to reduce cocaine cravings in a pilot study conducted at the Medical College of Wisconsin, Milwaukee; b) an animal model of cocaine withdrawal discovered that intravenous NAC discouraged drug-seeking behavior and may be useful as an anti-relapse agent; c) the addition of NAC to conventional bipolar disorder treatment resulted in greater remission rates vs. conventional treatment + a placebo in a 24 week trial involving fourteen individuals with bipolar II depression; d) a combination of NAC and an opioid antagonist (naltrexone) did not prove to be more effective than a placebo in reducing drug cravings in a group of 31 methamphetamine addicts. Although the final study produced disappointing results, the authors still urged future research due to the small sample size of participants. In reality, the same can be said for all of these studies. Larger trials are clearly necessary to determine the full potential of this amino-acid derivative. However, for the time being, most of the data that is presently available seems quite promising indeed. (22,23,24,25,26)


5 Comments & Updates to “Best of NAC for Mental Health”