Many of the decisions we make in life are based on estimates and statistical probability. In health care, this means factoring in hereditary influences and general population figures to “guesstimate” the odds of developing virtually any conceivable medical condition or disease. Age must also be introduced into the equation. As we grow older, the incidence of various conditions such as arthritis, prostatic enlargement and urinary incontinence increase substantially. In previous columns, I’ve addressed several natural strategies that may minimize the risk and reduce the symptoms of arthritis and an enlarged prostate. Today’s focus is on three little-known techniques that may discourage the likelihood of age-related incontinence and limit the symptomatic impact of incontinence if it’s already established. 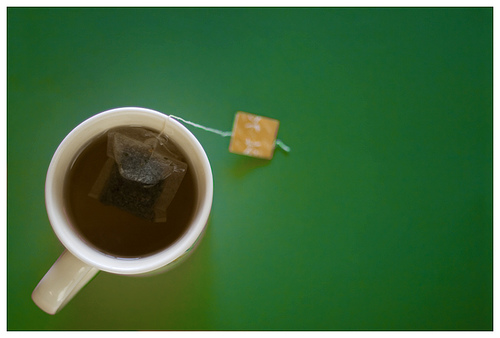 If you’re over 60 years old, chances are that you or someone you know are affected by urinary incontinence (UI). US Government statistics estimate that almost 40% of women over the age of 60 and about 20% of men in that same age bracket are living with UI. The severity of this condition can vary widely from mild leakage provoked by coughing or laughing to significant, involuntary wetting. The cause of UI most frequently has to do with weakness in the pelvic muscles. However, other age-related changes in both men (prostate enlargement) and women (thinning of tissues in the urethra and vagina); medication side-effects; nerve damage; obesity and urinary tract infections can also play a role in select cases of UI. (1,2,3)

Far and away, the most popular natural remedy for UI is a specific form of physical training known as Kegel exercises. This practice was developed by a gynecologist named Arnold Kegel in the late 1940’s as a means of supporting normal pelvic floor function, which in turn, can reduce urinary incontinence. In subsequent years, pelvic floor muscle training has been combined with other natural modalities including biofeedback in an attempt to further improve treatment outcomes. Some additional background information and a how-to guide on performing Kegel exercises can be accessed by clicking on the citations at the end of this paragraph. (4,5,6)

The current edition of the journal Neurourology Urodynamics is the first scientific publication to report that green tea consumption may be of value in the prevention of urinary incontinence. Previous inquiries that have investigated other beverages containing caffeine have yielded mixed results. In some instances, overall tea consumption has been implicated with a greater likelihood of UI prevalence and symptom severity. Surprisingly, coffee intake is unlikely to play a detrimental role in developing UI. In fact, some data indicates that coffee use may actually reduce the risk in some populations. But, the specific study of green tea in relation to UI hadn’t been investigated until recently. Here are the findings of the one and only intervention pertaining to this matter: (7,8,9,10,11)

It’s not uncommon for older men and women to be deficient in Vitamin D. This reality has lead some scientists to the conclusion that many age-related medical issues may be influenced by inadequate levels of the essential hormone/nutrient. Several studies of late reveal that women with higher levels of Vitamin D (above 30 ng/mL) are afforded some degree of protection from pelvic floor disorders. What’s more, supplementing with Vitamin D alone or in conjunction with other nutrients may improve incontinence. The upside of bringing Vitamin D levels up to an optimal level is that other “side benefits” will likely appear. A trial from June 2010, which utilized a supplement containing astaxanthin, calcium, citrus bioflavonoids, lycopene and Vitamin D resulted in a 45% improvement in overall menopausal symptoms, including incontinence, in a group of 65 older women. (12,13,14,15,16)

Diabetes & Metabolic Syndrome May Increase the Risk of Developing Incontinence Another unconventional therapy to consider is acupuncture. Numerous studies in animal and human models of urinary incontinence indicate that this Eastern healing practice is an effective means of addressing various forms of UI. A double-blind, randomized, pilot study from December 2009 found that twice-weekly acupuncture for 6 weeks provided a 67% reduction in “daytime accidents”. Those receiving the placebo treatment or “sham acupuncture” only demonstrated a 17% decline in UI symptoms. Also of note, the benefits extended for at least 4 weeks beyond the end of treatment. Other successful acupuncture trials have involved the use of hand acupuncture for “female stress urinary incontinence” and “bladder-specific acupuncture” for “overactive bladder with urge incontinence”. These findings aren’t surprising when you consider that acupuncture has also been shown to improve related bladder control conditions such as diabetic bladder dysfunction. (17,18,19,20,21)

There’s so much that we take for granted in our youth. Anyone who’s fortunate enough to grow old tends to find this out the hard way. I know I’m already in the midst of that learning process. But the good news is that many of the expected changes that accompany age can be forestalled and possibly even avoided if we stay informed about natural options that are available to us all. If you look over the remedies highlighted today you’ll see that at least two of the three can be very easily and inexpensively incorporated into almost every health care program. Drinking green tea instead of fruit juice or soda would be a great start. Having Vitamin D levels tested and supplementing with D when warranted could conceivably counteract many of the expected changes associated with growing old as well. Now, I’ll admit that acupuncture probably isn’t going to be the preventive measure of choice for most people. But that’s perfectly okay. Some alternative and complementary options can be used on an “as needed” basis. That’s why they exist! And that’s the key to genuine health care success: understanding your options and employing them judiciously.