“Is there a short-list of supplements that everyone should take?”. This may seem like a simple enough question, but it might surprise you to know that if I had to answer strictly ‘yes’ or ‘no’, my reply would be ‘no’. There are simply too many individual considerations and requirements that make blanket recommendations inappropriate and unreliable. Having said that, there is a select group of supplements that tend to fill important nutrient gaps in many diets. These very same nutritional aids also safely promote greater well being. 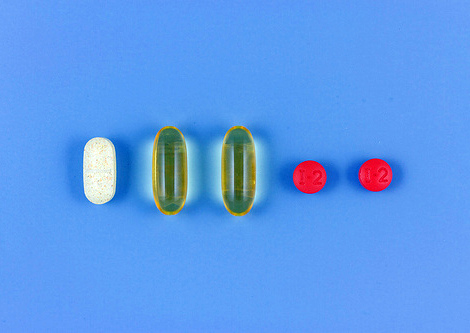 A natural multivitamin/mineral, fruit and vegetable extracts, magnesium, omega-3 fatty acids and Vitamin D top my list of general, health promoting dietary supplements. Whenever possible, the above mentioned pills should be taken with meals or snacks and on a daily basis. If more than one pill is necessary, such as a “twice daily” multivitamin, spreading out your intake to the morning and evening is ideal. Separating dosages allows for more even nutrient distribution and lightens the digestive load.

Multivitamin/Mineral: I typically recommend encapsulated multivitamin/minerals that emphasize bioavailable forms of essential nutrients such as chelated minerals (ex. chromium picolinate and magnesium citrate) and natural forms of Vitamin E (d-alpha tocopherol and tocotrienols). Whether or not to choose a multi with iron is an important consideration. Unless iron inadequacy is established, most men and postmenopausal women should avoid supplemental iron. Recent studies indicate that taking a daily multivitamin/mineral may enhance stress tolerance, improve cognitive functioning and support positive mood in men and women of all ages.

Concentrated Fruit & Vegetable Extracts: How many of you eat the recommended nine servings of fresh fruits and vegetables daily? Not many people can honestly say that they do on a consistent basis. And, it’s not just minerals and vitamins that you’re missing if you fall short of your fruit and vegetable quota. These foods are your primary source of health promoting antioxidants and phytochemicals which support wellness independent of meeting nutritional requirements. Fortunately, researchers have discovered that concentrated fruit and vegetable extracts are capable of imparting some of the health benefits attributable to a produce-rich diet. Of late, publications such as the British Journal of Nutrition reveal that fruit and vegetable extracts may increase resistance to the common cold and reduce oxidative stress in a real world setting.

Magnesium Citrate: Modern diets are often lacking in this macromineral, which may be contributing to some of the leading causes of morbidity and mortality such as heart disease, osteoporosis and even accelerated aging. A study appearing in the November 2011 issue of the journal Atherosclerosis reports that low serum magnesium is associated with higher all-cause and cardiovascular mortality. Inadequate magnesium has also recently been implicated in lower levels of testosterone in older men and inferior bone density in younger women.

Omega-3 Fatty Acids: If you don’t eat clean sources of fatty fish, including salmon and sardines, on a regular basis, you’d probably do well to supplement with clinically validated forms of omega-3 fatty acids. This is especially important for vegetarians since nut and seed oils do not contain the most important omega-3s (docosahexaenoic acid or DHA and eicosapentaenoic acid or EPA). A current meta-analysis in the Journal of Nutrition informs omnivores and vegetarians alike that algae-derived DHA promotes heart health and beyond by elevating HDL (“good”) cholesterol and lowering serum triglycerides. For non-vegetarians, krill oil and purified fish oil are suitable options. Of the two, concentrated fish oil tends to be less expensive and has more research in its favor than algae or krill oil.

Vitamin D3: The use of a basic multivitamin rarely achieves optimal Vitamin D concentrations in your system. The exact dosage necessary to establish a sufficient Vitamin D status (50-80 ng/mL) varies. Dosages upwards of 6,000 IUs are not uncommon in my experience. Even mainstream medicine is becoming hip to the importance of Vitamin D. In fact, they’re beginning to combine it with fish oil. A study currently underway is assessing the relative merits of a prescriptive form of fish oil (Omacor) and a common form of Vitamin D3. The participants in the study are receiving 1 gram/day of DHA & EPA and 2,000 IUs of Vitamin D3. The research will examine the effects of the fish oil/D3 combination with regard to the prevention of cancer, cardiovascular disease and a broad array of other conditions including autoimmune disorders, cognitive decline and diabetes.

My overall philosophy about dietary supplements is that they ought to be used as supplements, not replacements, for other healthy practices including eating a wholesome diet, getting adequate sleep and regular exercise. I think of my own supplement regimen as providing additional protection against the dietary and environmental insults I experience just by living in the modern world. When supplements are utilized in this way, I’ve seen them work wonders in the lives of myself and many others. 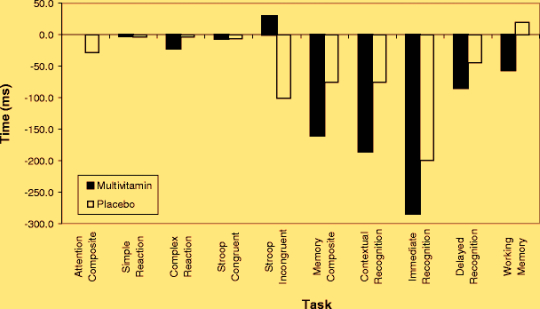