The first stop on today’s Twitter tour is a visit with Dr. Andrew Weil to get his two cents about the relative merits of honey as a sweetener. Then two new contributors to Twitter Thursday – Nancy Onyett, a certified family nurse practitioner, competitive bodybuilder and director of the Pyramid Preventative Medicine and Dr. Bill Yates, a Tulsa-based physician with a keen eye for interesting neuroscientific research. Finally, we’ll round out today’s column with some input from a few familiar Twitter sources: Neatorama and Dr. Wayne Dyer. 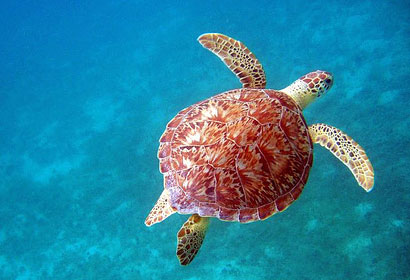 Honey is a natural sweetener with a good reputation in the natural health community. The question is: Is that status deserved? Not so much according to the Harvard educated, integrative physician, Andrew Weil. He points out several important details about this form of “liquid gold”:

Nancy Onyett recently tweeted about a new study published in the British Journal of Nutrition. The trial in question examined the effects of high dosage Vitamin D (4,000 IUs/day) vs. a placebo in a group of 81 type 2 diabetics. The diabetic patients receiving Vitamin D therapy for 6 months demonstrated “significant improvements in insulin sensitivity and IR (insulin resistance), and fasting insulin decreased”. According to this research, “optimal Vitamin D concentrations for reducing IR were shown to be 80 – 119 nmol/l, providing further evidence for an increase in the recommended adequate levels”. The same changes in insulin management noted here would likely be of value to many non-diabetics as well. (4,5,6)

“Parkinson’s disease patients with swallowing dysfunction may benefit from the regular use of chewing gum”. This, according to a Twitter-based science aficionado named of Bill Yates. His statement is predicated on a current study published in the journal, Neurology. In that investigation, a group of Canadian scientists discovered that “chewing gum increased swallow frequency and decreased latency of swallowing in an experiment in patients with stage 2 to 4 Parkinson’s disease“. When it comes to potentially debilitating conditions such as Parkinson’s disease, it’s important to have as many safe resources as possible to improve overall quality of life. (7,8,9)

The Chemical Composition of Honey 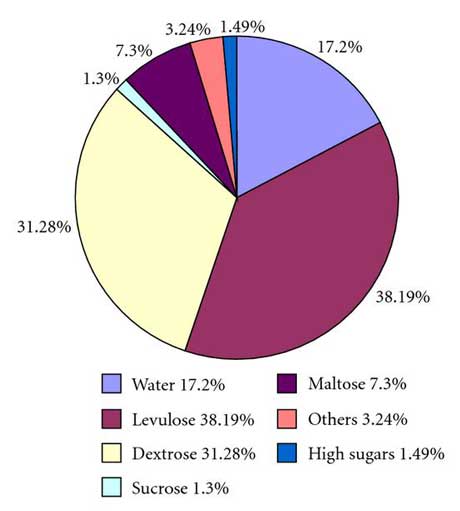 Note: Levulose is another name for fructose.

Source: Journal of Biomedicine and Biotechnology Volume 2009 (a)

The web site Neatorama.com is a reservoir of humorous and interesting information about virtually every aspect of life. However, every once in awhile they tread into the area of the health sciences. A few days ago, they posted the following tweet: “Who knew? Anti-Obesity Pill Fills Up Your Stomach”. On their website they go on to describe how the pharmaceutical outfit, Gelesis, “has developed a pill that is filled with tiny polymer beads. Swallow the pill and the beads absorb water in your stomach, swelling over one hundred times in size”. Naturally, this type of reaction will make you feel full and probably eat less. But why depend on a pharmaceutical invention when strategic food selection can offer the same satiating effects and other side benefits? In case you haven’t guessed, I would suggest eating more fiber rich foods. No prescription required. (10,11)

Last but not least, we have some comedy and/or words of wisdom courtesy of Dr. Wayne Dyer. He offered the following entries on Twitter this past week: “I am swimming with turtles every day now here in Maui. Many Native Americans consider turtles the most spiritual animals. Do you know why?”. He goes on to answer his own question: “The reason turtles are considered the most spiritual animal is because wherever they go they are HOME”. I replied by asking, “Are snails similarly revered?”. I’m still waiting on that answer. (12)