What’s good for the individual is good for society. That adage may not always be true, but it often is with regard to health care. But even if you accept this principle, you still have to establish the meaning of the word “good” in the realm of medicine and nutrition. This past week on Twitter I discovered several examples of “good” advice from a varied group of health experts. Some of the recommendations presented may very well surprise you. 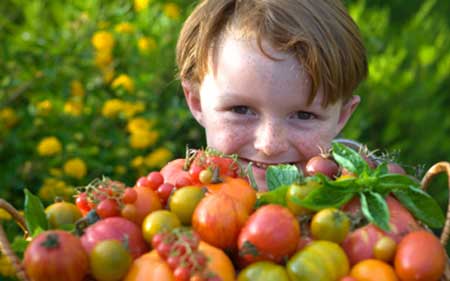 England’s own Dr. John Briffa started the week off by proclaiming that, “Eating less saturated fat and more carbs could give you a heart attack (really)”. His statement is based primarily on a study presented in the April 7th edition of the American Journal of Clinical Nutrition. That research investigated the eating habits of 53,644 men and women without heart disease. Over the course of a 12 year follow up, 1,943 of the test subjects suffered heart attacks. An analysis of the participants’ diets was conducted with a particular emphasis on the substitution of saturated fat with high or low glycemic carbohydrates. The conclusion of the population study revealed that the addition of low glycemic carbs *may* reduce the incidence of myocardial infarctions in a non-significant capacity. On the other hand, substituting higher glycemic carbs for saturated fat appears to increase the likelihood of having a heart attack. Dr. Briffa offers this insightful commentary: “What the results actually suggest, however unpalatable, is this: taking saturated fat out and putting carbohydrate in its place at best will do nothing in terms of heart attack risk, and at worst actually increases risk”. (1,2,3)

Back in the good ole United of States of America, Jimmy Moore recently embarked on a rather unique one month dietary trial. His objective was to determine whether eating a diet consisting mainly of eggs would affect his weight. A typical day on Jimmy’s “eggfest” consisted of “12 pastured eggs (960 calories) with 8 tablespoons of grass-fed butter (800 calories), and 2 ounces of raw cheddar cheese (180 calories) for a total of 1,940 calories”. After 28 days on such a program Jimmy reported a 26.6 lbs weight loss and a dramatic decline in his desire for artificially flavored and sweetened foods. He also noted a shift in his perception of food, “Today, I see food as merely fuel for my body and find enjoyment in the things of life”. Bravo to Jimmy for seeing this personal experiment through. His results are in line with my own observations. The best way to support a healthy weight and rid your diet of junk food is to focus on natural, whole foods. If you do so, your body and mind can be reminded of truly healthful eating habits. (4,5)

On Friday of this week I plan to write a column about a new form of sea salt that’s actually rich in potassium and low in sodium. I hope Dr. Andrew Weil catches my upcoming piece because I think he’d be happy to know about it. In a recent blog entry, Dr. Weil covers a presentation that was recently given at the American Heart Association’s (AHA) Nutrition, Physical Activity and Metabolism Conference. The crux of the presentation revolved around a meta-analysis of 10 studies involving 247,719 men and women which revealed an 8% lower risk of coronary heart disease and a 19% reduced risk of stroke in those who consumed higher amounts of potassium. The press release from the AHA’s web site recommends select fruits and vegetables such as avocados and green leafy vegetables as good sources of this valuable mineral. (6,7,8)

Dr. Orna Izakson is a beacon of positive information on Twitter. Orna is an herbalist and naturopathic physician practicing medicine in Portland, Oregon. She recently linked to a very practical news item originally published on WebMD. The topic is how to help “vegetable haters” to eat more veggies. Here are a few highlights from that column:

Dr. Alan Greene is one of the leading voices in the integrative pediatric world. A few days ago, he tweeted about how “$13 billion (can be) saved. 911 lives too. Each year. More reasons we must do what it takes to support nursing moms”. This pointed message is based upon a current Harvard analysis that was published in the April 5th edition of the journal Pediatrics. Dr. Greene explains that increasing the number of breast fed babies would likely reduce the incidence of various childhood health threats ranging from asthma to eczema to ear infections to obesity to pneumonia and even SIDS (sudden infant death syndrome). He goes on to state that, “we could save an average of $4,000 in medical costs for each baby where we delay formula to at least six months”. Providing breast milk exclusively isn’t always an option. However, Dr. Greene’s point is that it should be encouraged and enacted whenever possible. (12,13,14)

The tweets I’ve selected from Twitter this past week illustrate the breadth of information available on social networking web sites. It’s such an incredible asset to have access to personal accounts by unique individuals like Jimmy Moore and analysis from world renowned physicians such as Dr. John Briffa, Dr. Alan Greene and Dr. Andrew Weil. But what’s even more refreshing to learn about are lesser known proponents of alternative and complementary medicine, including Dr. Orna Izakson. This is an unparalleled time in human history in terms of the exchange of natural health information. I hope you’ve been enjoying the tweets I’ve been passing along every Thursday of late. But perhaps there are some figures on Twitter that I haven’t featured yet and that you’d like to see here. If so, please let me know who these people are. I want to know about them as I’m always looking for new material to share.