It’s been over a year and half since I first started writing columns for HealthyFellow.com. Since this site’s inception, I’ve posted hundreds of blogs dealing with every conceivable facet of natural health and wellness. I believe that the majority of what I cover here has lasting power. I choose my sources of information carefully, which gives me confidence that the data I present will remain relevant for the foreseeable future. However, that doesn’t preclude me from updating new developments regularly for virtually every topic I’ve examined in the past. Medicine, be it alternative or conventional, stands still for no one. 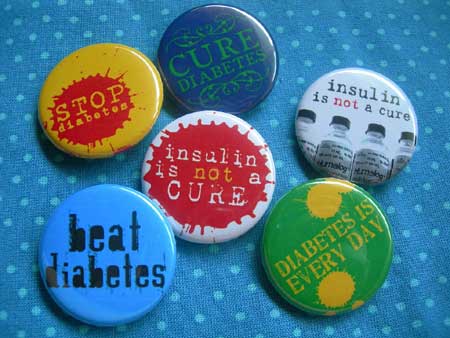 If there was a spell that could be cast that would eliminate diabetes from the face of the Earth, it would save hundreds of thousands of lives each year and spare a great deal of economic hardship and suffering for individuals and nations alike. The closest thing to magic in the field of diabetes management is adopting a healthy diet and lifestyle. And when comes to healthy beverages, coffee tops the list. The latest study to confirm this fact was conducted in an animal model. Japanese scientists gave diabetic mice a standard diet along with either regular drinking water or diluted coffee for 5 weeks. The mice fed the coffee blend demonstrated improved insulin sensitivity and lower blood sugar levels. There was also a reduction in inflammatory markers found in the fatty tissue of the coffee-fed mice. In addition, coffee appeared to reduce fat build up in the liver. Similar results have been reported in human populations as well. It’s important to note that caffeine is unlikely the only active ingredient in coffee that promotes diabetic health. A recent publication in the Journal of Agricultural Food Chemistry determined that chlorogenic acid, a phytochemical found in caffeinated and decaffeinated coffee, may inhibit the activity of an enzyme (glucose-6-phosphatase) which lowers the amount of sugar produced by the liver. The bottom line is that caffeine intolerance isn’t necessarily a reason to avoid drinking coffee altogether – especially if you’re at risk for diabetes. (1,2,3)

Last Friday I reported on the potential health risks associated with stomach acid suppressing medications or proton pump inhibitors. I presented a number of possible alternatives, but failed to mention the advantage of adopting a low carbohydrate diet. As early as 2001 there have been published case reports documenting the alleviation of gastroesophageal reflux (GERD) symptoms in patients following “self-initiated” low carb menu plans. In 2006 a formal trial confirmed the positive influence of restricting carbohydrates (20 grams or less/day) in a pilot study involving 8 patients living with GERD. Objective improvements were evidenced within 6 days, as measured by several tests including the GERD Symptom Assessment Scale. The concluding remarks of the authors state: “These data suggest that a very-low carbohydrate diet in obese individuals with GERD significantly reduces distal esophageal acid exposure and improves symptoms”. (4,5)

Mechanisms By Which Coffee Influences Blood Sugar Levels and More

In November 2009 I wrote a column entitled, The Forgotten Superfruit about dried plums or prunes. Scientists from the Agricultural University of Athens, Greece recently looked into the validity of using a pre-meal snack of prunes as a way of reducing overall caloric intake. A total of 45 men and women took part in this randomized, crossover study. The trial required that the participants eat a pre-meal snack of prunes or a calorically equivalent bread snack on separate occasions. The findings of the experiment indicate that:

The researchers believe that the fiber content of prunes is likely responsible for the noted difference in dining patterns. That may be true, but there’s more to prunes than just dietary fiber. As I’ve noted in a previous column, prunes also provide a healthy concentration of antioxidants and nutrients. What’s more, they appear to be especially helpful for those prone to constipation and may even support skeletal health and, thereby, reduce the risk of fractures, osteopenia and osteoporosis. (6)

I love receiving email tips from my readers. It’s impossible for me to catch every relevant news item that’s out there. But with your assistance, I’ve got a much better shot. So please keep sending your valuable input and leads. You can always reach me directly at: jp@healthyfellow.com. I look forward to hearing from you!