There was a time when stress was largely considered a nuisance and little more than that. You just coped with it by blowing off some steam in one way or another. That could mean having a “drink” or five at the end of a hard day. Or maybe your crutch was cigarettes. Judging by the current obesity epidemic, it now seems that junk food has claimed top spot in the comfort providing department. But what’s changed in recent times is the awareness of how stress hormones affect our physiology. It’s not just “all in your head” any longer. 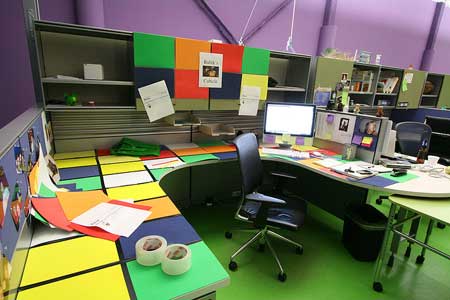 Five recent studies illustrate the broad ranging damage that elevated cortisol, a stress hormone, can cause in the human body. You might be shocked by what you read. But no need to stress out! I also found five other studies that describe natural ways of lowering cortisol. The best part is that these solutions are all simple, free and safe.

The Bad News: The August 2010 issue of the Journal of Clinical Endocrinology & Metabolism evaluated the effects of high levels of cortisol in a group of 861 senior citizens over a 6 year follow up period. Those with the highest 24-hour urinary cortisol levels “had a five times increased risk of dying from cardiovascular disease”. The authors of the study concluded that, “high cortisol levels might be particularly damaging to the cardiovascular system”. (1)

The Bad News: New data from the University of British Columbia indicates that young women with high to normal cortisol concentrations have lower bone density than those with lower cortisol. Several indicators of skeletal integrity including “areal bone mineral density”, “hip bone mineral content” and “total body bone mineral content” appeared affected. What’s most disconcerting about this publication is its conclusion. “Cortisol within normal range appears to have a minor negative influence on bone density in healthy young women”. (3)

The Good News: Making positive changes in your work environment can significantly reduce stress levels. Adjusting the lighting and simply cheering up your work space was recently shown to improve “morning rise in cortisol” in a group of 60 workers exposed to “individualized cubicles with improved views and lighting”. (4)

The Bad News: It’s well known that stress can sometimes cause dry mouth. But did you know that it can also contribute to periodontal disease? It does according to research presented in the August issue of the Journal of Periodontology. Perceived stress and various stress biomarkers (choromogranin-A, cortisol, alpha-amylase and beta-endorphin) “were significantly correlated with clinical parameters of periodontal disease” and tooth loss in this current examination involving 100 patients with periodontitis. (5)

The Good News: Spending time with an animal companion can lower stress hormone levels in populations with predictably high cortisol, such as those living with autism. So says a paper presented in the latest edition of Psychoneuroendocrinology. In the trial, 42 autistic children were equipped “with a service dog to their family”. At baseline, researchers noted a 58% increase in morning cortisol in the children. This figured plummeted to only 10% when the service dogs were present. (6)

The Bad News: Diabetes is on the rise and elevated cortisol isn’t helping matters in the least. A trial conducted at the USC Department of Preventive Medicine reports that higher cortisol is linked to negative findings in relation to “acute response to glucose”, beta-cell function, fasting glucose and reduced insulin sensitivity in overweight adolescents and children. This signals a possible shift in how diabetes prevention may be viewed in the future. The mind-body connection should be a consideration in addition to a healthy diet and exercise regimen. (7)

The Good News: Simple activities such as watching “a joyful movie” can act as a distractor and reduce stress levels in children. German scientists were reminded of this while conducting a different kind of trial investigating the benefits of exercise for stress relief. The control/placebo group that viewed a enjoyable film surprised the scientists by outperforming exercise in terms of cortisol attenuation. (8)

The Bad News: When kids are chronically stressed, their hearts may be at risk. The July issue of Pediatric Research investigated a proposed link between morning cortisol levels of children and cardiovascular risk factors. In all, 223 children participated in the study. The two most striking findings were that high serum cortisol was positively associated with increased carotid intima-media thickness and systolic blood pressure – two predictors of elevated cardiovascular disease risk later in life. (9)

The Good News: Spending time with friends of the same gender may help to tame cortisol that is out of control. The August 2010 issue of Hormones & Behavior doesn’t directly apply to the children in the previous study, but one day it will. Researchers from the Netherlands discovered that men who spent time with other men exhibited a decline in cortisol levels. However, the opposite was true when these same men were asked to interact with women that they considered attractive. (10)

The take home message of all of these studies is not that cortisol or stress is always negative. Far from it. But when I look at my own life and the lives of those around me, I often detect too much tension. Mind you, I’ve never gone around and asked for blood samples to test cortisol levels. But I suspect they’re frequently higher than they should be. If that’s the case for you then you should do something about it. As you can see from the “good news” sections there are plenty of ways to stem the stressful tide. The real question is whether you think it’s an important enough issue to tackle. At long last, science is accepting the importance of cortisol/stress management. Now it’s your turn to accept it, if you haven’t already.